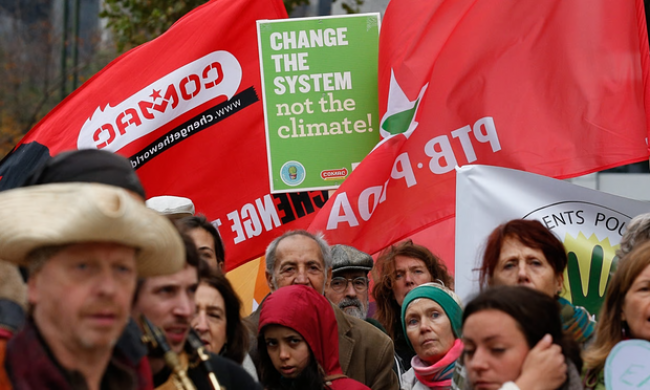 Nearly 50 leaders of America’s defence and foreign policy establishment are calling on political and business leaders to “think past tomorrow” and lead the fight on climate change. In a full-page ad in the Wall Street Journal the experts – 48 former secretaries of state and defense, national security advisers, diplomats and members of Congress from both parties – say it is time for America to claim global leadership on climate change.

The appeal is intended to apply pressure to Republicans in Congress who are trying to defeat Barack Obama’s plan to cut carbon pollution at home and seeking to limit US involvement in negotiations to reach a global deal on fighting climate change in Paris in December.

The letter, endorsed by Madeline Albright, secretary of state under Bill Clinton; Chuck Hagel, secretary of defense under Obama; George Shultz, secretary of state under Ronald Reagan; James Woolsey, CIA director under Clinton; and other prominent retired officials, declares that climate change is indeed a security threat. “America’s elected leaders and private sector must think past tomorrow to focus on this growing problem, and take action at home and abroad,” the ad says. “This issue is critically important to the world’s most experienced security planners.

The impacts are real, and the costs of inaction are unacceptable.” The ad hits back against Republicans who are trying to block a global climate deal, arguing that Obama should have to submit any agreement for approval to Congress – where it would almost certainly be defeated.