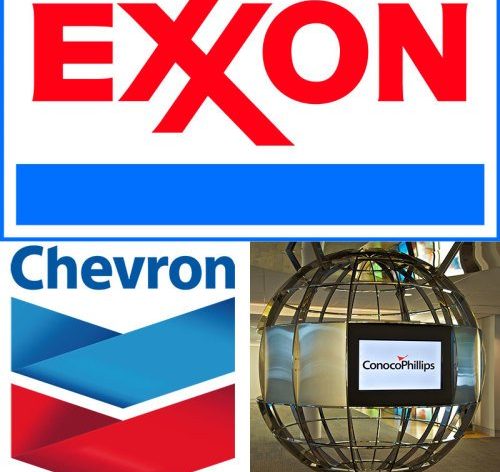 At ExxonMobil, the answer is still no.

For a quarter-century, stockholders have asked Exxon to confront the threat of climate change in all sorts of ways: by investing in renewable energy, cutting harmful emissions, providing carbon risk assessments and adding a board member with climate expertise. Year after year, the oil giant has said no, rejecting shareholders’ requests and downplaying their concerns long after scientists concluded that unfettered burning of fossil fuels is leading to catastrophic climate change. At Chevron and ConocoPhillips, executives have also routinely opposed climate-related shareholder resolutions.

But Exxon, the biggest and richest of the oil giants, is also the most dug-in. Late last month, it fought off another shareholder request to adopt one of the most basic and widely endorsed climate policies in corporate America—to set company-wide goals to lower greenhouse gas emissions. It’s a proposal Exxon investors have introduced at annual meetings on and off since 1990, and it continues to hit the same wall.

“We have been ringing alarm bells for years saying to the oil companies that the status quo is unsustainable, is dangerous for investors, and in the long term isn’t in the companies’ best interests,” said Timothy Smith, shareholder engagement director at Boston-based Walden Asset Management, a 40-year-old investment firm managing $3 billion in assets. “They’re aware of the trends, but that doesn’t mean they’re changing their business plans. They’re not convinced they should move away from [the oil] business, or even curtail it.”

Out of more than 400 resolutions examined by ICN, 113 involved climate change, carbon restrictions and the resulting market shifts that could undermine the companies’ profitability and stock value. The total includes only resolutions with global warming as the primary theme or motivation, and not measures about Arctic drilling and hydraulic fracturing, or fracking.

More than one-quarter of the climate-related proposals—30 of them—never got to a vote. They were either withdrawn by their sponsors or excluded from ballots because the companies convinced regulators that they had grounds to do so. The remaining 83 were put to a vote: 40 at Exxon, 22 at Chevron and 21 at ConocoPhillips.

None got enough votes to pass.

Representatives of Exxon and Chevron declined to answer questions about their responses to climate-related shareholder resolutions and the risk their approach might pose. ConocoPhillips spokesman Daren Beaudo said the company takes shareholder feedback seriously, and is “actively engaged in dialog [with investors] on climate change issues in many ways and on an ongoing basis.”
Fadel Gheit, senior analyst for oil and gas at Oppenheimer & Co., said shareholders are locked in an uphill battle.

“Oil companies should not stick their heads in the sand [on climate change] and pretend they don’t see anything,” said Gheit. “You have a [shareholder] wish list, but at the end of the day, what good is it? It is really not going to change anything.”

Changing major corporations is indeed a tough task, especially for investors who opt for the resolution route. If management opposes a shareholder resolution, the measure usually fails. And even if it wins a majority of votes, companies are free to ignore it because the measures are purely advisory. Still, it’s one of the few ways investors can press for change at publicly traded companies, and it allows them to air the issue in public and at annual general meetings, where their resolutions are put to a vote.

Shareholders with religious convictions were among the first to raise the issue of climate change with oil companies. Faith-based organizations understood the early warnings of climate scientists, and they were disturbed by the potential for human suffering, and moved by the moral imperative of being good stewards of creation.

“We started raising questions with companies around greenhouse gas emissions in 1988, knowing that climate change would be a horror, not just to the planet, but especially to poor people around the planet,” said Sister Patricia Daly, who represents the Roman Catholic Sisters of St. Dominic of Caldwell, N.J. Those climate discussions with oil companies have continued through the years, but it was clear early on that it would take more than talk to persuade Exxon and the others to respond to global warming.

Since then, Daly has submitted so many resolutions that she’s become a fixture at Exxon shareholder gatherings. Daly, 58, recently began a sabbatical from her job as executive director of the Tri-State Coalition for Responsible Investment, but she made an exception for Exxon’s May 27 annual meeting.

Daly, who is clearly at ease with a microphone, introduced her resolution last month, questioned Exxon Chief Executive Rex Tillerson, and worked in a playful jab about being younger than Rev. Michael Crosby, who was there to introduce a separate climate-related resolution.

Daly and Crosby, 75, a Roman Catholic friar at the Province of St. Joseph of the Capuchin Order in Milwaukee, have worked together for years as active participants in the Interfaith Center on Corporate Responsibility (ICCR), a New York group whose members manage more than $100 billion in assets. The pair—once described as “the nun and the friar”—has lost count of the number of oil company meetings they’ve attended. Both continue to highlight the moral case for acting on climate, and are looking forward to Pope Francis driving home that point on June 18, when he delivers his much-anticipated encyclical on the environment.

To strengthen their case for climate action, Daly and others have made a point of linking their moral concern to the financial worries of shareholders, who are weighing the possibility that tough climate policies could eventually force oil companies to leave as much as a third of current global oil reserves in the ground, financially stranded.

That risk has the potential to rock the global economy in the wake of a sudden market reaction to it. What if oil company stocks got walloped, triggering losses in financial markets, pension funds and major international economies? Investors hold more than $3 trillion worth of oil company stock, which accounts for about 4 percent of the value of the world’s 2,000 largest publicly traded companies.

While scientific confidence that global warming is man-made and caused largely by fossil fuel burning has reached 95 percent, oil companies have managed to hold that reality at arm’s length. But because their own shareholders are raising these concerns, might the oil companies face retribution for fiduciary negligence should the investors’ warnings come true?