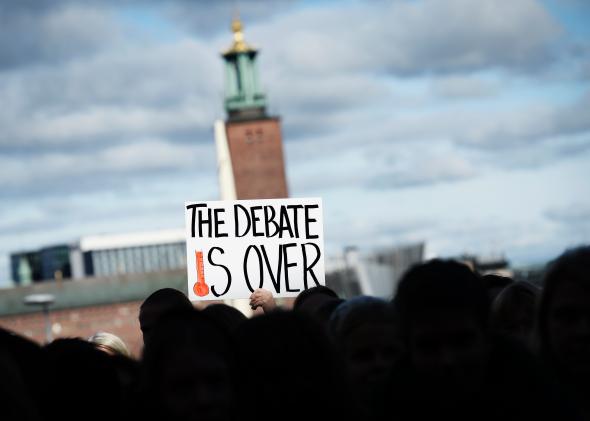 Heartbreaking news Wednesday on that whole global warming thing. Two of the leading architects of a major U.N. agreement on climate, scheduled to be agreed upon this December, are trying to soften expectations. This is particularly disappointing because Paris had previously been billed as the most important negotiations since the failure in Copenhagen in 2009.

Miguel Arias Canete, the climate chief of the European Union, was in Washington this week for talks on climate change with the lead of the U.S. delegation, Todd Stern. He was quoted in the Guardian as saying, “If we have an ongoing process you can not say it is a failure if the mitigation commitments do not reach 2°C.”

Actually, you can. Because keeping climate change to less than 2-degrees Celsius—the arbitrary point at which scientists and world governments have agreed is the start of “dangerous interference with the climate system”—is the entire goal of the U.N. climate negotiations. That’s it. That’s what the world is fighting for. All of the eggs have been put in that basket.

But wait, there’s more (also from the Guardian):

In Brussels, meanwhile, the UN top climate official, Christiana Figueres, was similarly downplaying expectations, telling reporters the pledges made in the run-up to the Paris meeting later this year will “not get us onto the 2°C pathway”. …more