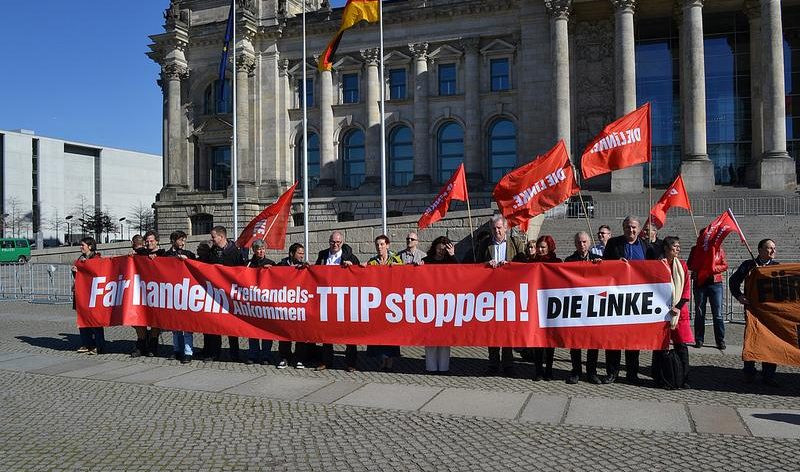 A free trade deal between the EU and the US could leave the EU locked into a high fossil fuel future, according to an official paper leaked this week ahead of the latest round of negotiations.

The document reveals that the proposed trade deal – the Transatlantic Trade and Investment Partnership, or TTIP – could change US energy policy to allow for increased exports of oil and gas, keeping the EU dependent on high levels of fossil fuel imports.

The paper says the EU is seeking “a legally binding commitment” that would “transform” the current US process for examining the impacts of natural gas and crude oil exports into a process whereby “licenses for exports to the EU are granted automatically and expeditiously”.

The proposal would be a disaster for the climate, according to environmental groups in the US and Europe, outraged by the EU’s apparent prioritising of fossil fuels over renewables and energy efficiency.

Environmentalists on both sides of the Atlantic are calling on negotiators to reject out of hand the proposal during the sixth round of TTIP talks in Brussels next week.