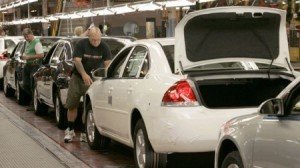 Chrysler Corporation announced last month that it plans to invest $3.5 billion to retool its assembly plants in Windsor and Brampton, Ontario and produce new lines of vehicles. But it set two big conditions—that the federal and Ontario governments provide $700 million in subsidies, and that the union of assembly line employees, Unifor, accept wage concessions, notably lower salaries for new hires. Unifor and the two levels of government agreed to the subsidy demand. We believe this a wrong choice for society, including for autoworkers. This statement is an argument for an alternative path.