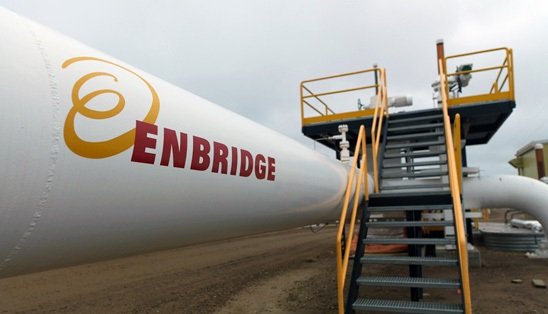 DeSmogBlog has obtained dozens of emails that lend an inside view of how the U.S. State Department secretly handed Enbridge a permit to expand the capacity of its U.S.-Canada border-crossing Alberta Clipper pipeline, which carries tar sands diluted bitumen (“dilbit”) from Alberta to midwest markets.

The State Department submitted the emails into the record in the ongoing case filed against the Department by the Sierra Club and other environmental groups in the U.S. District Court for the District of Minnesota. Collectively, the emails show that upper-level State Department officials hastened the review process on behalf of Enbridge for its proposed Alberta Clipper expansion plan, now rebranded Line 67, and did not inform the public about it until it published its final approval decision in the Federal Register in August 2014.

According to a March 17, 2014 memo initially marked “confidential,” Enbridge’s legal counsel at Steptoe & Johnson, David Coburn, began regular communications with the State Department on what the environmental groups have dubbed an “illegal scheme” beginning in at least January 2014.

Image Credit: U.S. District Court for the District of Minnesota

Environmental groups have coined the approval process an “illegal scheme” because the State Department allowed Enbridge to usurp the conventional presidential permit process for cross-border pipelines, as well as the standard National Environmental Policy Act (NEPA) process, which allows for public comments and public hearings of the sort seen for TransCanada’s Keystone XL pipeline.

Further, the scheme is a complex one involving Enbridge’s choice to add pressure pump stations on both sides of the border to two pipelines, Enbridge Line 3 and Enbridge Line 67, to avoid fitting under the legal umbrella of a “cross-border” pipeline.

Hastening the approval process — and thus dodging both the conventional presidential permit and NEPA process — came up in a June 6, 2014 memo written by Coburn and his Steptoe co-counsel Josh Runyan. Enbridge’s legal argument centered around ensuring profits for its customers “consistent with its obligations as a common carrier.”

Image Credit: U.S. District Court for the District of Minnesota

“Wrap This Up…Running Out of Time”

On March 18, 2014, Ona Hahs, Attorney-Advisor for the State Department’s Office of the Legal Advisor, informed her Department colleagues in an email that “we have to wrap this up” because she was informed by Coburn that Enbridge was moving forward with the project and about to break ground on it.