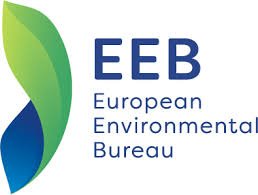 EEB calls for tough response to US withdrawal from Paris Agreement

The European Environmental Bureau (EEB) has strongly condemned the decision of US President Donald Trump to abandon the Paris Agreement and called for a robust response.

While the EEB welcomes the widespread condemnation of the decision by world leaders, business leaders and some US politicians, it believes that these words must now be followed by actions.

The EEB is the largest network of European environmental organisations with 141 members in over 30 countries.

“While we welcome the fact that other key players such as the EU and China are reaffirming their commitment to the Paris Agreement, we cannot ignore the fact that this decision will lead to a delay in climate action by the world’s largest polluter that the world simply cannot afford. The only appropriate response now is to not only re-affirm existing commitments to Paris but to double down on these..”

The EEB believes that economic measures against the US should now be actively explored by the EU and other world powers. [1]

“When a country takes an action that jeopardises the future of humanity, economic sanctions should be on the table,” said Wates. “This should force the US to pay for the real costs of its actions and prevent it gaining any short term competitive advantage through cheating on its obligations to future generations.”

“If the US reduces its efforts to tackle climate change, other countries will need to do more – and they will need to make the US pay for it. The question is how to find the right financial mechanism,” said Wates. “Trump is known to like walls,” he continued. “Maybe a wall of carbon tariffs around the US is a solution he will understand.”

The EEB believes that in the longer term Trump’s actions also call for a strengthening of the mechanisms under international law for imposing criminal penalties against those who take actions which can reasonably be expected to lead to millions of deaths, with a view to establishing an enforceable definition of climate crimes.

President Trump does not only face condemnation from the rest of the world; he is also going against the express will of the majority of his own people. A nationally representative survey conducted in the US after the election of President Trump found that almost seven in ten registered voters (69%) said that the US should participate in the Paris Agreement. This compared to just 13% who said that the US should not. [2]

[1] Note: The possibility of economic sanctions against States that flout international conventions on climate has been raised before. US Nobel Prize winning economist Joseph Stiglitz wrote a paper in 2001 where he pointed to a situation where trade sanctions were imposed on the basis of environmental concerns outside their borders. This could give precedence to sanctions against states which attempt to achieve competitive advantage by failing to adhere to the Paris Agreement. https://www.c2es.org/docUploads/stiglitz.pdf [2] Note: http://climatecommunication.yale.edu/publications/5-1-voters-say-u-s-participate-paris-climate-agreement/