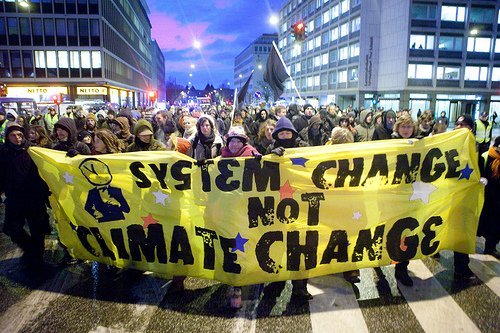 It is my contention that we are not facing the root cause of our problems, and until we do, there is no hope of solving the social and ecological problems confronting the world. The primary problem is the inner moving force of capitalism—its Achilles heel regarding the environment—the unending accumulation of capital, which means perpetual “creative destruction.” Produce and sell more stuff next year and more than that in the following year…for all of eternity. Capitalism’s growth imperative has nothing to do with philosophies, models, paradigms, ethics, or which numbers pundits and economists focus on. Neither can it be “reinvented,” as some think, to be ecologically sound and socially just. Rather, it is an economic system that has basic internal forces—especially the profit motive and competition among firms—that operate in such a way as to promote exponential growth while simultaneously causing massive negative social and ecological effects. And when growth in this system fails, what Herman Daly refers to as “a failed growth economy,” the cruelest forms of austerity prevail—giving rise to more and more unequal conditions and more ruthless forms of exploitation of both human beings and the earth….