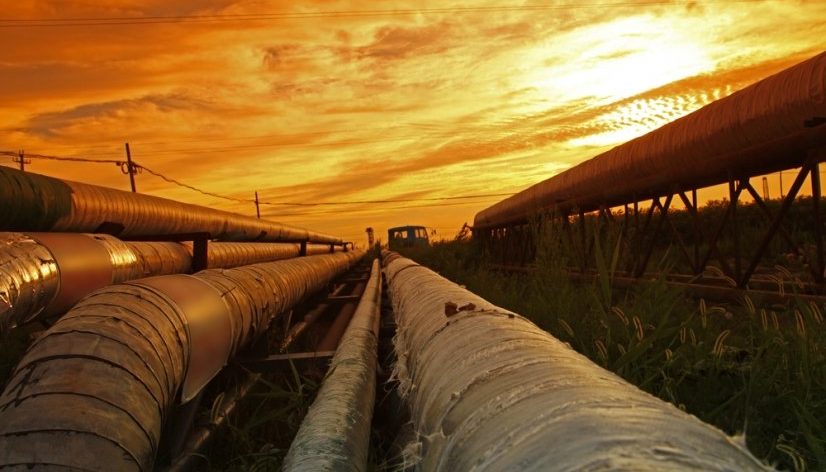 Just over a week before the U.S. signed the Paris climate agreement at the conclusion of the COP21 United Nations summit, President Barack Obama signed a bill into law with a provision that expedites permitting of oil and gas pipelines in the United States.

The legal and conceptual framework for the fast-tracking provision on pipeline permitting arose during the fight over TransCanada’s Keystone XL tar sands pipeline. President Barack Obama initially codified that concept via Executive Order 13604 — signed the same day as he signed an Executive Order to fast-track construction of Keystone XL‘s southern leg — and this provision “builds on the permit streamlining project launched by” Obama according to corporate law firm Holland & Knight.

That 60-page streamlining provision falls on page 1,141 of the broader 1,301-page FAST (Fixing America’s Surface Transportation) Act (H.R. 22 and S. 1647), known in policy wonk circles as the highway bill. The provision is located in a section titled, “Federal Permitting Improvement.”

Explaining what types of projects the provision cover, the bill reads,

…any activity in the United States that requires authorization or environmental review by a Federal agency involving construction of infrastructure for renewable or conventional energy production, electricity transmission, surface transportation, aviation, ports and waterways, water resource projects, broadband, pipelines, manufacturing, or any other sector as determined by a majority vote of the Council that is subject to [the National Environmental Policy Act] NEPA [and] is likely to require a total investment of more than $200,000,000.

The provision also sets a specific timeline as to how long environmental reviews should take, setting the limit to just under half a year.

Further, the bill vastly shortens the number of years of the statute of limitations under which legal teams can bring NEPA lawsuits in Section 41003.

“The new legislation also includes litigation reforms that reduce the NEPA statute of limitations from six years to two years generally – and 150 days for transportation projects – and requires courts to consider the effects on jobs,” explains Holland & Knight in a blog post.

Legal scholars refer to NEPA as the “Magna Carta of environmental law,” somewhat akin to the First Amendment as it relates to free speech.

NEPA allows for a robust public commenting and public hearings period and environmental groups have argued on numerous instances in federal courts in recent years that the Obama Administration has usurped the conventional NEPA process in order to green-light numerous tar sands pipelines built in the years since the Keystone XL debate began five years ago.

The bill further mandates that the Permitting Dashboard, which tracks streamlined projects’ progress under the legal auspices of Executive Order 13604, continue to exist on the website permits.performance.gov. It also creates a Federal Permitting Improvement Steering Council, which will have an executive director appointed by the president and consist of those working for executive agencies who deal with infrastructure project permitting as part of their day-to-day duties.

The highway bill subsection formerly sat as a stand-alone bill, the Federal Permitting Improvement Act of 2015 (S.280), sponsored by U.S. Sen. Rob Portman (R-OH). A review of the list of those who lobbied for that piece of legislation by DeSmog reveals that ExxonMobil, Shell, Anerican Association of Oil Pipelines (AAOP), the Gas Processors Association and others all pushed for its passage.

Campaign finance data reviewed by DeSmog shows that Portman, up for re-election in 2016, has received $483,900 from the oil, gas and utility industry sectors (individuals and PACs, combined) so far in the campaign cycle. Portman’s campaign donors overlap with those who lobbied for the bill such as ExxonMobil, API, ANGA, Koch Industries and Shell.

When the highway bill provision passed, Portman issued a press release featuring quotes from high-ranking building trades union officials, the National Association of Manufacturers — and probably most importantly in this case, the U.S. Chamber of Commerce.

“The U.S. business community also applauds the permit streamlining provisions included in the FAST Act to coordinate and speed up the review and approval of permitting for significant infrastructure and manufacturing projects,” U.S. Chamber of Commerce President and CEO Tom Donohue stated in the Portman press release. “Improving the permitting process to make our system swift but safe – one of the Chamber’s longstanding regulatory and legislative priorities – is essential for investment, development, and growth of the American economy.”

Portman has received more than any other candidate so far, to the tune of $10,000 so far during the election cycle, from the U.S. Chamber of Commerce and the Chamber lobbied for H.R. 22. His office did not respond to repeated requests for comment sent by DeSmog.

It also appears that the Chamber of Commerce spearheaded the submission of a multi-industry letter of support sent to U.S. Senate members on May 4. The May 4 letter has much of the same language, verbatim, as a March 3 letter submitted to the Senate by the Chamber.

Including the U.S. Chamber of Commerce, 169 Chamber groups signed the May 4 letter, out of the 300 groups and companies signing on in total.

Metadata from the May 4 letter shows that Marc Freedman, executive director of Labor Law Policy and registered lobbyist for the U.S. Chamber of Commerce, authored it. Before coming to work at the Chamber, Freedman served as legal regulatory counsel for the U.S. Senate Small Business Committee.

The Chamber has played the long game on this legislation, beginning its push back in 2009 by creating the website “Project No Project,” which documents energy infrastructure projects held up by “NIMBY” (not in my backyard) activists on a state-by-state basis.

“These ‘Not In My Back Yard’ folks, or NIMBYs as they are called, block energy projects by organizing local opposition, changing zoning laws, opposing permits, filing lawsuits, and bleeding projects dry of their financing,” reads a website description from 2009. “Through Project No Project, the U.S. Chamber seeks to provide the cold, hard truth about NIMBY and radical environmental activism, and make our leaders finally pay attention to this growing problem.”

In March 2011, the Chamber followed up on the creation of the “Project No Project” website by releasing a report titled, “Progress Denied: A Study on the Potential Economic Impact of Permitting Challenges Facing Proposed Energy Projects.”

Years later, it appears, the Chamber has landed what it asked for: streamlining of domestic pipelines and energy infrastructure projects, enshrined by both congressional legislation and a presidential executive order.