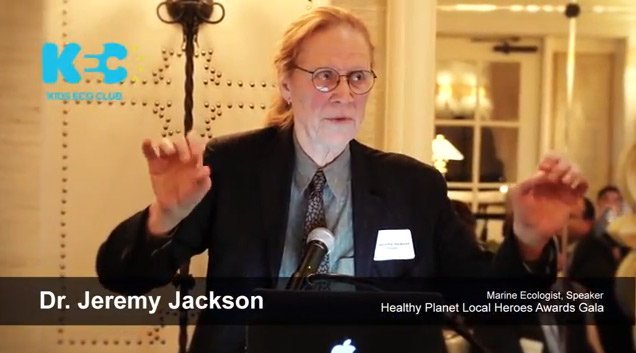 Dr. Jeremy Jackson is considered one of the world’s foremost experts on the human impact on the oceans. This talk is a hard-hitting passionate look on the future of the world’s oceans, given overfishing, habitat destruction and ocean warming, which have fundamentally changed marine ecosystems and led to “the rise of slime.” Although Jackson’s work describes grim circumstances, even garnering him the nickname Dr. Doom, he believes that successful management and conservation strategies can renew the ocean’s health.

Dr. Jeremy Jackson is a Edward P. Bass Distinguished Visiting Environmental Scholar in the Yale Department of Ecology & Evolutionary Biology. He is a marine ecologist, paleontologist and Emeritus Professor at the Scripps Institution of Oceanography in La Jolla, California as well as a Senior Scientist Emeritus at the Smithsonian Tropical Research Institute in the Republic of Panama. Professor Jackson has published over 150 scientific publications — 18 of which are in the journal Science — and has written seven books. He is also the former Director of the Center for Marine Biodiversity and Conservation at the Scripps Institution of Oceanography.