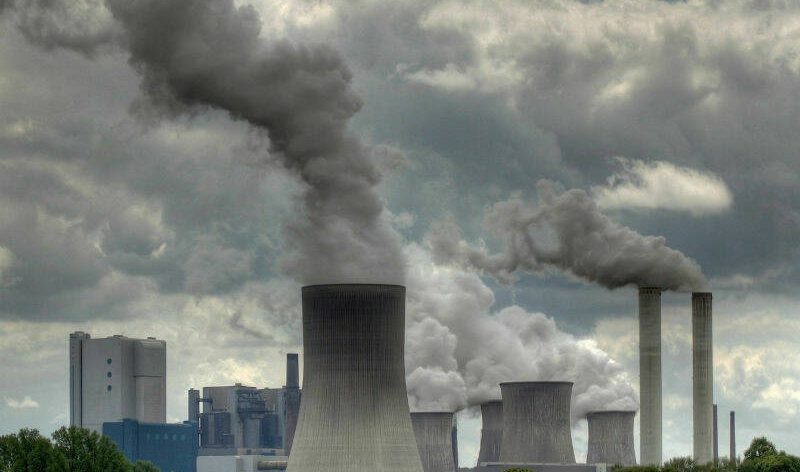 Don’t Look to EPA to Save Us!

The 51-year-old agency has been losing both power and credibility over recent decades, and SCOTUS’s recent ruling undermines it even more.

The 6-3 Supreme Court decision stripped the Environmental Protection Agency of much of its power to regulate U.S. industries that are pumping out greenhouse gases that cause climate change. The court held that EPA had no authority to cap coal’s contribution to national electricity generation at 27% by 2030. The goal had been announced in Obama’s 2014 Clean Power Plan that never took effect, but still made its way to the court’s docket in 2022.

Chief Justice John Roberts wrote the majority opinion for the 6-member right-wing bloc. By keeping drafting in his own hands, he was able to steer the language, if not the effect, of the decision in his preferred incremental fashion.

Guided by Roberts, the court did not dismantle the administrative state wholesale by holding it unconstitutional for Congress to delegate EPA the authority to regulate carbon emissions. Nor did the court overrule the 38-year-old Chevron doctrine, under which courts generally defer to agency rulemaking within the agency’s charter and expertise. The court also left intact its decision in Massachusetts v. EPA that EPA has not only authority, but also an obligation, to regulate greenhouse gases as dangerous pollutants.

This might seem all well and good. But SCOTUS identified for the first time a “major questions doctrine” that allows courts flexibility to reject agency regulations in “extraordinary cases” of “economic and political significance.” This deliberately obfuscatory, legalistic terminology cloaks a significant expansion of raw judicial power to reject important regulations protecting the environment, workers, consumers, and public health and allow industry a free hand to pollute.

Roberts and his bloc proceeded to use their newly minted “major questions doctrine” to disallow the cap on coal power that EPA had in 2014 deemed the “best system of emission reduction” from power plants. The Clean Air Act of 1970 as amended requires EPA to make the determination of the “best system of emission reduction,” but that clear delegation of authority was clearly not clear enough for this court’s majority.

“Capping carbon dioxide emissions at a level that will force a nationwide transition away from the use of coal to generate electricity,” wrote Roberts, “may be a sensible solution to the crisis of the day. But it is not plausible that Congress gave EPA the authority to adopt on its own such a regulatory scheme.”

Justice Elena Kagan, writing for the three dissenters, answered that Congress did precisely that “when it broadly authorized EPA in [the Clean Air Act] to select the ‘best system of emissions reduction’ for power plants. The ‘best system’ full stop — no ifs, ands, or buts of any kind [are] relevant here.”

Reminding the court of the plain meaning of the word “system,” Kagan scoffed at Roberts’ denial that a mandate to shift power generation from coal to gas, wind, and solar was rather obviously a “system of emission reduction.” Indeed, she praised “generation shifting” (the court’s term for mandating a reduction in the use of coal) as “the most effective and efficient way to reduce power plants’ carbon dioxide emissions.”

Kagan went on to castigate the majority for “serv[ing] to disadvantage what is often the smartest kind of regulation: market-based programs that achieve the biggest bang for the buck. That is why so many power companies are on EPA’s side in this litigation.”

Don’t look to EPA for a fix

Such judicial fantasies aside, power companies’ readiness to support EPA stems from a different calculation, namely, that, as some environmentalists realized at the time (see here and here, for example), EPA’s Clean Power Plan was never “the most effective and efficient way” to clean up the country’s power production.

Had the Plan ever gone into effect, individual coal power plant operators would have had three ways to comply:

Only the first option — reduction of coal power — gets a passing grade from environmental justice advocates. Under the Clean Power Plan, new carbon-belching gas plants running on fracked methane and new nuclear plants would have received the same credit for meeting emissions reduction goals as investments in wind or solar. Cap-and-trade programs are notoriously full of loopholes that have made them the favored climate policy of the fossil fuel industry.

Even if the Clean Power Plan itself was not worth saving, the court’s decision leaves EPA without the power to effectively address climate change. It bars EPA from adopting a better, more ambitious plan without specific legislative authorization, which the court’s majority knows full well has no chance of emerging from Congress.

On climate, Congress has been dysfunctional since the sweltering day in June 1988 when NASA climate scientist James Hansen warned the Senate Energy Committee that the greenhouse effect had already arrived and that continued burning of fossil fuels would lead to an ever hotter planet.

Thirty-four years on, Congress has failed to enact a single major climate bill. The U.S. signed, but the Senate overwhelmingly rejected, the 1997 Kyoto Protocol — the only international treaty that would have placed restrictions on the nation’s carbon emissions. Throughout Republican and Democratic administrations alike, U.S. climate negotiators have blocked any further efforts to forge a treaty that would require emission reductions.

The undemocratic Senate is the most formidable obstacle to climate action. No climate legislation can pass without a majority — a 60% majority as long as the filibuster survives. At the same time, the Senate has become impervious to public opinion favoring climate action.

A 2020 Pew Research poll showed that 80% of U.S. adults support tougher restrictions on power plant carbon emissions, the very restrictions the Supreme Court has ruled EPA has no authority to enact without specific direction from Congress. The right’s firm grip on the Senate ensures that no such direction will happen.

The structural bias that once aided slavery now protects fossil-fuel capitalism from any serious regulation. In today’s 50-50 Senate, “less than half of the population controls about 82 percent of the Senate” and the 50 Democrats represent 41,549,808 more people than do the 50 Republicans.

Meanwhile, the White House promises to “find a way to move forward on climate,” yet the Biden Administration seems no better prepared to protect climate action than to protect reproductive rights. It quickly released a statement bemoaning “another devastating decision from the court” and assuring us that President Biden “will not relent in using the authorities that he has under the law to protect public health and tackle the climate change crisis.” Given that the court’s decision only limited the administration’s options, it is not clear what Biden plans to do that he has not already failed to do.

Biden has begun to reveal himself as yet another U.S. president wedded to the fossil fuel industry. “The United States is on track to produce a record amount of oil next year, and I am working with industry to accelerate this output,” he boasted a few weeks ago.

Hosting the Major Economies Forum on Energy and Climate in June, Biden declared before an international audience that his top priority on energy and climate is to lower gas prices.

“I’m using every lever available to bring down prices for the American people,” he proclaimed.  Without apology or explanation, he asserted that “these actions are part of our transition to a clean and secure and long-term energy future.”

Rather than speak the uncomfortable truth that oil production and consumption must go down dramatically every year from now until the day we complete our transition to renewable energy, Biden and his party pretend they can deliver miracles: cheap gas, an expanding military budget, and a bright green future — all at the same time.

Don’t look to the courts

The West Virginia v EPA decision signaled the supermajority’s willingness to move stepwise to achieve the goals of a decades-long effort by conservatives to undermine the validity of protective regulations that most of us have assumed are a permanent part of the legal fabric.

The court did not overtly reject the Chevron doctrine under which courts defer to the reasonable interpretation of statutes by the federal agencies, but it provided an end run around it whenever a court declares that an agency action presents an “extraordinary case.” The courts are now well-populated with Trump appointees and other Republican appointees primed for action.

This is a nasty weapon that SCOTUS has unleashed, and we can expect to see it used widely. Justice Neil Gorsuch, joined by Samuel Alito, wrote a concurrence that barely concealed their delight with the court’s discovery of the “major question doctrine.”

Ten days before the decision dropped, the New York Times published a deeply researched article by energy and environment correspondent Coral Davenport detailing how West Virginia v. EPA was the product of “a coordinated, multiyear strategy by Republican attorneys general and conservative allies.”

As crippling as the court’s decision may be to the federal government’s authority to reduce carbon dioxide from power plants, Davenport warned, “It’s only a start.” The goal of the right-wing AGs, legal activists, and their funders, including some with close ties to the oil and coal industries, is “to use the judicial system to block the government’s ability to regulate industries and businesses that produce greenhouse gases.”

“Coming up through the federal courts are more climate cases, some featuring novel legal arguments, each carefully selected for its potential to block the government’s ability to regulate industries and businesses that produce greenhouse gases,” wrote Davenport.

The administrative state may not have been toppled by West Virginia v EPA, but the army of lawyers who have been working to fight restraints on corporations has gained confidence that many of their prayers will be answered by 6-3 decisions for some time to come.

Whether there will be a bright green future instead will depend on organizing a movement to fight back and not on anything Biden, Congress, EPA, or the courts could deliver.

Look to the left, and Organize!

“To reverse this week’s court decisions we need national laws,” Harvard Law professor Nikolas Bowie explained on Twitter. “To enact national laws we need political power. To build political power we need to collectively commit not just to the biannual ritual of voting, but also to the day-to-day grit of organizing the people around us.

“Rather than look for leadership from dissents or Capitol poetry, we need to learn from people who have spent these same decades building power in *spite* of a hostile legal system. The major question for the left is not how to persuade Justice Kavanaugh or Senator Manchin to listen, but how to persuade our neighbors and co-workers to commit to collective action.”

As the Supreme Court confidently puts in place the legal foundation blocks for a fascist future, Bowie’s message resonates: hope will not be answered by elites sharing our values. Only grassroots organizing will lead to a better outcome.

Ted Franklin is a member of the editorial board of System Change Not Climate Change and a former labor and environmental lawyer.