Enclosed are three news items that examine some of the regressive and controversial sections of the third working group report of the Intergovernmental Panel on Climate Change issued on April 13, 2014, Mitigation of Climate Change:  IPCC Working Group III Contribution to AR5.

1. Fracking can be part of the solution to global warming, say UN climate change experts

2. Demystifying the role of mitigation in the most recent IPCC report

The co-authors say that the report should not be seen as endorsing carbon capture and storage or geo-engineering as the sole or most effective solutions, and that the summary report failed to bring attention to largest per capita emitters of carbon dioxide like the United States.

3. What about ‘carbon capture and storage’ (CCS)?

The evidence is compelling that carbon capture and storage is a geo-engineering scam that will only delay the urgently-needed measures to radically reduce CO2 and other greenhouse gas emissions. Here is some of the evidence:

1. CCS is untested. The first two electricity stations to use the technology are plagued with construction delays and cost overruns: Sask Power’s Boundary Dam (Canada) coal station, and Mississippi Power’s Kemper County coal gasification station. The cost of the latter has ballooned from $1.8 billion to $5.2 billion, and growing.

2. CCS only captures 60-90 per cent of emissions. The CO2 captured may be sold to oil companies to be used to extract even more oil from underground!

3. The safety of long-term, underground storage of CO2 is unproven. “In 2011, carbon dioxide from a natural reservoir blew out of the oilfield where Kemper’s [Mississippi Power’s] gas is to be pumped, spewing for days.”

4. To keep below a two degree C rise in average global temperature, the world cannot exceed 884 gigatons of CO2 emissions by the year 2050 (IEA report, June 2013: ‘Redrawing  the Climate Energy  Map’). Presently, annual global emissions are 30 billion gigatons–ie only 28 years before the IEA’s upper limit is met. And a two degree temperature rise is already much too high! 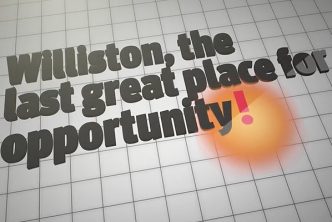 Harper government under fire for spying on environmental groups

The deadly secret behind the Lac-Mégantic inferno