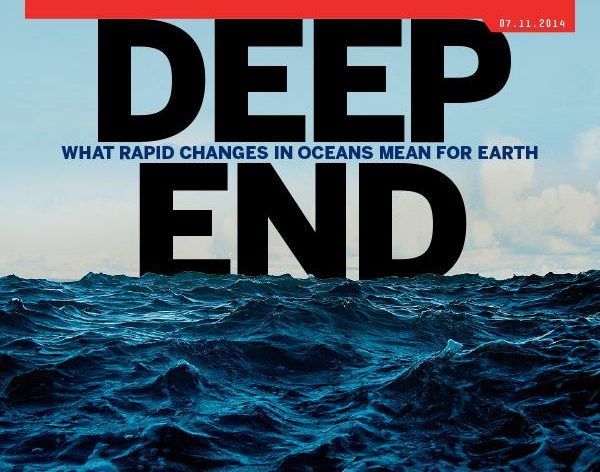 In the great halls of La Boqueria, Barcelona’s central market, tourists, foodies and cooks gather every day to marvel at the fresh food, like pilgrims at the site of a miracle. The chief shrines are the fish counters, where thousands of sea creatures making up dozens of species gleam pink and gray on mounds of ice. But to many ocean scientists this is not a display of the ocean’s bounty but a museum—by the end of this century, many of these animals may be history due to man’s reckless abuse of the planet. As we keep dumping greenhouse gases into the air, the oceans keep sucking them up, making the waters deadly to their inhabitants.

On the Boqueria’s fish stands I count 10 types of bivalves—creatures like clams, oysters and mussels that use calcium carbonate to make their endlessly varied shells. In as little as 20 years they will be very different and, in some parts of the world, entirely gone. Then there are the ranks of huge Asian prawns and tiny shrimps, terra-cotta crabs from Scotland, and lobsters, magnificent admirals in blue fringed with gold. Lucky for them, these creatures make their shells differently (mostly out of a polymer called chitin), so the rapidly acidifying waters of our oceans won’t dissolve them as it will the exteriors of the bivalves. But the acidification—which some scientists believe is the fastest change in the ocean’s chemistry in 300 million years—appears to harm the working of the gills and change the behavior of the crustaceans when they are very young.

On the crushed ice sit a dozen kinds of finned creatures that the Spanish love—monkfish, hake, sardines, tuna. The Spaniards eat more fish than anyone else in Europe. The effect of changing ocean chemistry on fish health, longevity and reproduction is not yet certain. But even now, many species on the Boqueria stalls are also on one or more European “at-risk” lists: under threat because of overfishing or changes in the chain of foods that supply them, or from the bigger threat of the changing ocean biogeochemistry.