When Chicago writer Sarahlynn Pablo heard about the Standing Rock demonstrations in North Dakota last year, she wanted to get involved somehow. But the epicenter of protests against the Dakota Access Pipeline (DAPL) felt very far away. That was until she realized that the controversial crude oil pipeline — restarted last month after a White House directive — ends right here in her home state.

So, she wrote to Curious City: What is Illinois’ involvement in the building of the Dakota Access Pipeline? Which state agencies, legislators and companies are involved?

Well, the “what is” wording is a bit out of date; DAPL’s presence in Illinois was settled more than a year ago, and construction was largely wrapped up last November. The process of how that happened is wonky, but Sarahlynn’s question remains important, and not just because the oil industry is a major economic player in the United States. Pipelines such as DAPL have been controversial in the last few years. High profile oil spills show how pipelines can pose risks to waterways. Activists across the country have argued that new pipelines will lead to the burning of more fossil fuels and expedite climate change.

Little wonder, then, that Sarahlynn wanted to know more about who makes decisions about pipelines in the state, and how Illinois citizens fit into a process that has consequences at both the local and national levels.

Spoiler alert: It’s currently very difficult for average citizens to participate in Illinois pipeline hearings. But as we looked at how DAPL played out here, we found people who feel there’s potential that the process might open up in the long run. 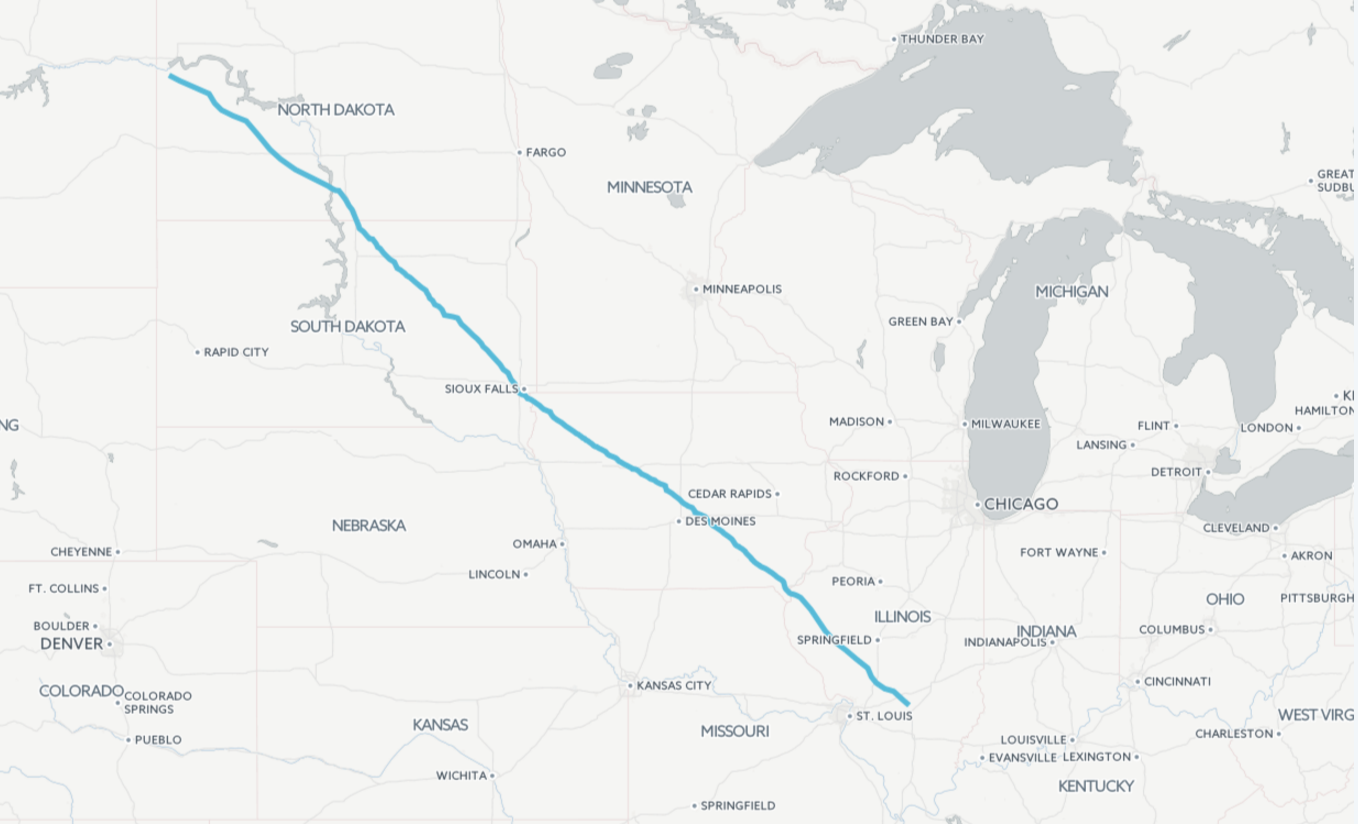 Stay up-to-date with the latest news, stories and insider events.

Before we get to who oversaw approval of DAPL’s presence in Illinois, let’s start with why it passes through the state in the first place.

It may come as a surprise to many, but Illinois is the No. 1 oil refiner in the Midwest. (It’s No. 4 in the nation if you’re wondering!) With four refineries inside its borders and several more in neighboring states, Illinois plays a big role in refining, storing and transporting U.S. oil. Some of that oil is transported by train or truck, but much of it flows through more than 7,700 miles of oil pipelines that snake through the state.

Many of those pipelines — including DAPL — run through the southern Illinois town of Patoka. The area hosts tank farms that store millions of barrels of oil, two refineries, and pipelines that fan out like spokes on a wheel. Some of the Bakken Formation oil that will come to Illinois via DAPL will be stored and off-loaded to refineries in the Midwest, but a large portion of it will hook up to another pipeline and eventually end up at refineries and outlets along the Gulf of Mexico.

That’s one of the big reasons Illinois was so important to this project: Patoka offers a convenient connection to its parent company’s existing pipeline to Texas. 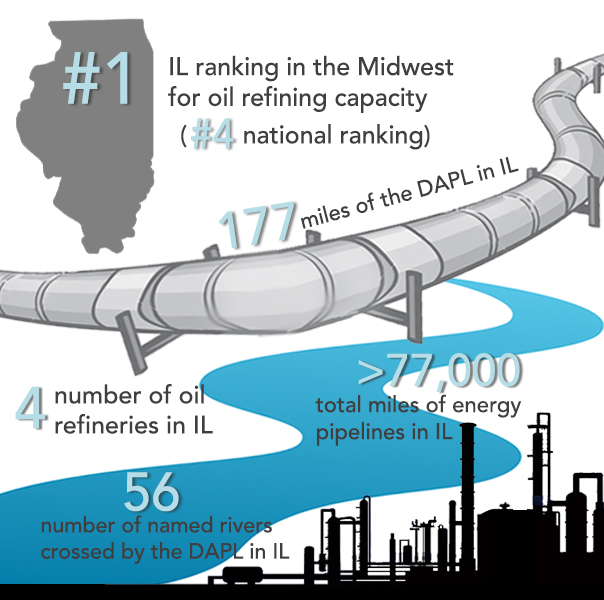 Sources: US Energy Information Administration and the Pipeline Safety Trust

Four major Illinois agencies had to give the green light to the DAPL. Each one oversees a different aspect.

The Illinois Department of Natural Resources looked at risks to wildlife, specifically those posed to endangered chorus frogs and fritillary butterflies. The Illinois Historic Preservation Agency made sure no major historical sites would be disturbed. And the regional office of the U.S. Army Corps of Engineers assessed risks to federally protected waterways such as the Mississippi River and the Carlyle Reservoir.

But the biggest regulatory hurdle — and the step most relevant to Sarahlynn’s question — is the approval Dakota Access received from the Illinois Commerce Commission, a governor-appointed body of five commissioners tasked with overseeing consumer utility issues. Among other things, it evaluates and approves energy infrastructure projects.

When an energy company submits an application to build a pipeline, the ICC sets up hearings before an administrative law judge. At these hearings — held both in person and through briefs filed online — the company, ICC staff, commissioners and other court-approved groups present arguments for and against the project. The judge then makes a recommendation and the commissioners issue a final order.

As the administrative law judge in the DAPL case, Janis Von Qualen decided who could participate in the hearing as “intervenors.” Getting that kind of permission is complicated and time-consuming, so it’s no surprise that most intervenors are powerful industry groups, large labor unions, conservative advocacy organizations or state institutions.