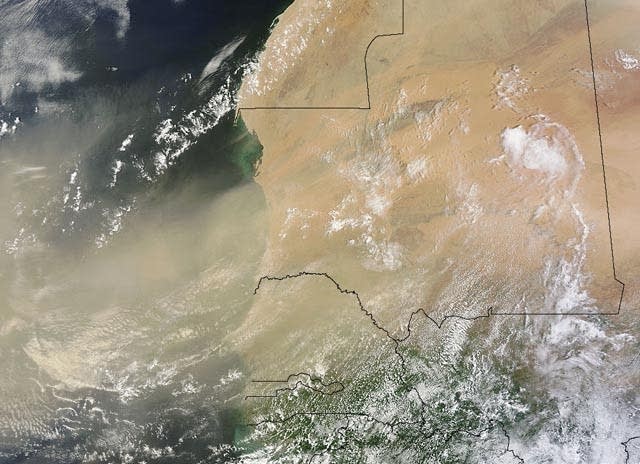 A new report explains how debt relief for the Global South is a key step towards climate justice. The report’s authors explain why and how.

The world faces twin debt crises. On the one hand, a well-publicized financial debt crisis looms for countries across the Global South, limiting governments’ ability to take public health action, alleviate poverty, adapt to a warming world, or pursue ambitious low-carbon development. Policy makers in the rich world seldom discuss the other debt crisis: the ecological and economic debts the Global North owes for historical and ongoing plunder, extraction, and climate pollution threatening lives and livelihoods in the Global South—all of which are key components driving the financial debt crisis. These intertwined crises require urgent action beyond the paltry steps taken since the start of the pandemic.

Action is imperative. Many of the poorest countries on Earth are also the most vulnerable to climate change, but climate-vulnerable countries already incur higher borrowing costs because of the risks of natural disasters and other social disruptions brought on by climate change. This relationship is creating a doom loop that will drag poor countries further into debt while environmental and social conditions continue to deteriorate, limiting opportunities for green, inclusive development and driving the need for further borrowing.

To break this cycle and achieve climate justice, the United States and other Global North countries should take the first steps toward a larger climate reparations program through wholesale debt restructuring and cancellation on the path toward debt justice. Critically, climate reparations should not be thought of simply as compensation for past environmental, economic, and social damages, but as world making—that is, debt justice and enhanced climate finance should help build a platform for countries in the Global South to achieve low-carbon development and robust, resilient infrastructure.

The need has never been more urgent, particularly since the pandemic added several degrees of difficulty for the Global South to pay for green development and climate adaptation. Costs mount as the Global North repeatedly misses modest domestic mitigation and international climate finance targets, global warming impacts become more severe, and improved standards of living remain elusive in many places. Achieving debt justice entails prioritizing the needs of the public and nature in front of creditors’ balance sheets. It is progress toward climate justice, where the countries responsible for the vast majority of carbon emissions pay their fair share for decarbonization and adaptation, while the people least responsible for climate breakdown are not burdened with the most dire impacts—as is the case now.

Building on dialogues with climate and debt justice movement partners including Third World Network and 350Africa.org, scholarly research, and the overarching aims of the Green New Deal, this report outlines key economic and environmental issues and offers US-targeted policy recommendations. Reparations campaigns including the Caribbean Reparations Commission and the Latin American Pacto Ecosocial del Sur have explicitly called for debt cancellation as an aspect of reparation; this report amplifies those voices and foregrounds debt as a climate issue for movements and policy makers in the US.

Our findings and recommendations fall into five categories:

The recommendations should form the backbone of an ambitious policy initiative that represents a down payment on climate reparations for the North’s ever-accruing ecological debt, to begin reckoning with incalculable harms visited on the South through historical and ongoing economic, social, and ecological violence. Ultimately, the Global South must have financial self-determination to identify and undertake locally appropriate responses to climate change and poverty—not have their priorities set by Global North governments, the IMF, or private investors.

Olúfémi O. Táíwò is an assistant professor of philosophy at Georgetown University and the author of the forthcoming books Reconsidering Reparations and Elite Capture.

Patrick Bigger is the research director at the Climate and Community Project and a research policy analyst for the Socio-Spatial Climate Collaborative, at the University of California–Berkeley.