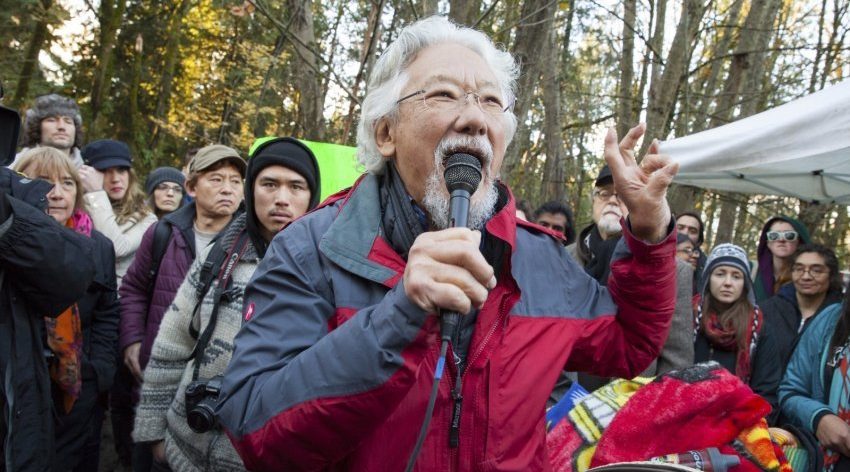 Legendary environmental leader David Suzuki walked up to a police line on Sunday that was defending Kinder Morgan drill crews on Burnaby Mountain at a protest gaining world-wide attention.

“I have nothing but great thoughts of the RCMP,” he yelled.  Suzuki spoke about his own experience growing up in Japanese Canadian internment camps during the Second World War, and how police treated him at that time.

“I can tell you they treated us like human beings,” he said. “But now you’re here to enforce the law. That doesn’t mean that you’re above the law! Or that you make your own laws!”

“My grandson was dragged across the line and was arrested!” he shouted, his voice filled with emotion. “I’m disappointed and it grieves me because of the respect we have for you!”