The Cry of Mother Earth: Call to the First Ecosocialist International

The Cry of Mother Earth!

for the ancestors who,
with their lives and struggles,
plowed the spirit and the strength
of what we now call ecosocialism
…

(The spirits live, the magic continues)

The mourning of Mother Earth calls us. Her cry resounds within us. It is ours. This call echoes her cry. We accept our responsibility. We call respectfully on her behalf because we understand and feel the pain: the voice and the cry of Mother Earth. How can we not respond, when we know that her destruction is our own, of all humanity, of all life?

A social relation imposes the domination of a few over the many, and over life as a whole. It is based on greed, on dispossession, on patriarchy and racism, on the generation and accumulation of profits. The few who dominate obey the illusory fantasy of their power and their insatiable, egotistical consumerism. Theirs is the history of progress, which demands and justifies expansive cycles of exploration, exploitation, exclusion and extermination. It is suicidal course of uncontrollable destruction, which occupies and encompasses our bodies and imaginations.

We convoke ourselves with a sense of urgency. Mother Earth is dying. We are not referring to a threat, but recognizing the facts of an ongoing process, the consequences of a suicidal irresponsibility which drags us to the verge of destruction. The social relation of greed – for which there are too many people and not enough planet for the accumulation of profits to continue – has generated a global crisis. A total war against life has been launched in order to eliminate the surplus and to control the scarcity that this social relation have falsely conceived. This system is the only surplus that we must overcome and eliminate. And the only scarcity is the limited recognition that ecosocialism is the original model – that they made us sick with their counter-model; with their alternatives to ways of life based on ancestral principles and practices – which we must now reclaim, with the seeds and crops of the paths to the life we need.

We seem possessed by the greatest of absurdities. We assume that we are separate, distinct from “nature.” This project of death and arrogance makes us all accomplices. In reality, we have been exiled. We need to return, to reintegrate, to once again become daughters and sons of Mother Earth; to be inseparable and interwoven with her. We call upon ourselves to make this return to life a reality. 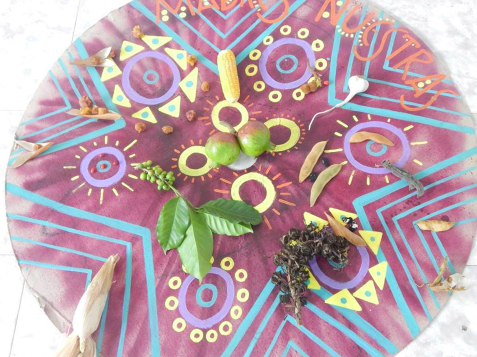 Who are we calling upon in response to Mother Earth´s cry and call to the First Ecosocialist International?

Those who never accepted exile call upon us: those who have resisted and remained rooted, who have been punished by a conquest which cannot tolerate them. The fact that they are still alive, speaking their languages and maintaining their traditions expresses the greatest and most beautiful capacity of resistance and rebellion in human history. Their survival, in spite of the mistreatment and abuse they have suffered, guides us and calls out to us. They are peoples rooted in their land, indelibly interwoven with Mother Earth. It is these peoples who today confront the greatest risks of extinction.

Those who have returned, who have experienced the desolation of their banishment, and have taken the path home: they too call on us to join them. This is also their place. We need to pay respect to their word and experience by making it our own.

Those of us who, in word and action, in multiple and diverse ways and on different paths, resound with our commitment to return, and who therefore are walking in this common struggle, call upon ourselves to be, as we are certain to become, from and with Mother Earth.

Those of us who know that resistance-rebellion and creating-transforming are inseparable and simultaneous duties, who realize that the social relation which suppresses us has invented this and other false dichotomies by separating and dividing that which must remain united, we call on ourselves to re-establish the unity of what cannot remain divided.

Mother Earth: Those who have remained interwoven; those who were exiled but have now returned; those who have joined in struggle to take the path back to your bosom and wisdom in word and action: we call upon one-another. 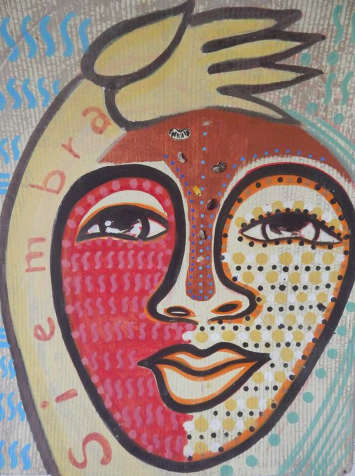 We know the biographies and the chronologies of the regime that condemns us to oblivion. We have memorized the scripts and we have learned to forge ourselves to the roles which assign us to classes and castes, places and behaviors, expectations and positions. We hear the anguish, the disagreement, the impotence, and the solitude. We see through the masks and the makeup – they are the bait which tempts us into the trap of permanent fear: the fear which makes us pursue illusions of stability and security; the fear of losing by which we are chained to the inexorable course of defending that which destroys us as individuals and peoples; the fear whose only possible path is obedience and desolation. Thus we convoke ourselves to gather at the First Ecosocialist International, to overcome the social relation that destroys and suppresses us, and to commit ourselves to reach out with respect and reciprocity to those who have not yet accepted the responsibility defend Mother Earth.

We are aware that the few who will take part in the convocation of First Ecosocialist International will not be all of us; indeed that most of us will not be there. Those who will meet in the first encounter of the Ecosocialist International must humbly realize this great limitation and assume an enormous responsibility: to weave a process between and beyond themselves; to carry it on all the required paths towards the liberation of Mother Earth. Although not replaced nor represented, the many absent may count on the commitment and experience of those present to consciously contribute to a movement of movements and a spiral of spirals. We seek neither answers nor leaders, but the weaving of many ways to free ourselves with Mother Earth.

We convene those coming from specific realities where concrete challenges need to be addressed and overcome with the vision of a collective horizon. We will not convene those who subordinate processes and realities to imagined or prescribed landscapes. We recognize that we have been fooled, confused, captured and suppressed in diverse ways and that we need to acknowledge our ambivalences and contradictions. We come together to face and overcome these. We call upon those willing and able to consistently take responsibility for their contradictions and overcome their mistakes.

We call upon those who are braiding theory and practice to come and share their struggles: for freedom from oppression, dispossession and death; for freedom to live, to weave ourselves to life and to Mother Earth.

We recognize that our home is surrounded and infiltrated by those who, captured by the greed that moves a mistaken social order, have the power, the capacity, the means and the need to destroy it and us. This situation urgently demands our wisdom: to propose paths and design plans, to recognize, confront and overcome this threat and aggression with moral and strategic action. To convoke the First Ecosocialist International, we must bring together processes and peoples who cannot be bought, who don’t surrender, who don’t get tired, and who won’t deceive or be deceived.

We have decided to make the most of four days, between the 31st of October and the 3rd of November 2017, to be moved, and to lay the foundations for a short, medium and long-term plan of collective action. We must begin to respond in this short time with the greatest wisdom to achieve maximum impact. Thus we aim to identify and prioritize select processes and individuals, who, responding to the criteria outlined here, will exchange experiences and propose directions. The purpose is not to exclude, but on the contrary, to begin to move forward from solid ground and vision towards inclusion. This initial plan of action will be presented both humbly and firmly as the axis of a spiral whose vocation and commitment is to contribute to compose word and action word in harmony, until all are free from project of death that overwhelms us, until all are interwoven again with Mother Earth. 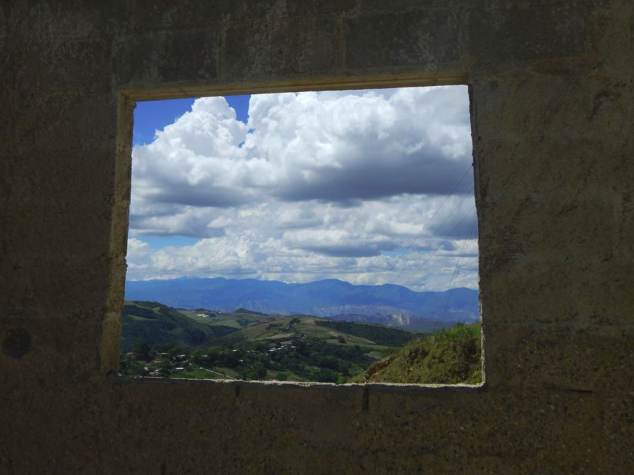 This is a first step. No person or process can claim ownership or leadership of what shall be done and achieved collectively; we accept this responsibility as a priority. We respond to this calling to the First Ecosocialist International, which is a calling to confront and overcome the challenge of the cry of Mother Earth: To create and transform, to resist and rebel – both far beyond and closer to home than the boundaries of this life-threatening system. To organize ourselves on this shared path to freedom will be our only reward and commitment.

Based on these criteria, we assume the responsibility to call upon a limited number of participants who can realize the work demanded of us. With this call which echoes towards all continents and territories, all peoples, processes and individuals searching to achieve balance and harmony, we are proceeding to convene participants to Abya Yala and Turtle Island. This process begins immediately, promising permanent communication between those of us who have committed ourselves to it.

The spirits embodied themselves in us, suggesting a program which appeals through the portals of being and feeling, with simple and elemental points of entry: to listen to the cry of Mother Earth echoing within ourselves, and to find ourselves with each other in a collective pattern and plan.

The Bolivarian Government of Venezuela

To adhere to this convocation (processes, organizations, movements):

This document emerged from “The Calling of the Spirits,” in Monte Carmelo, Lara, Venezuela in October 2016. View photos from this gathering here