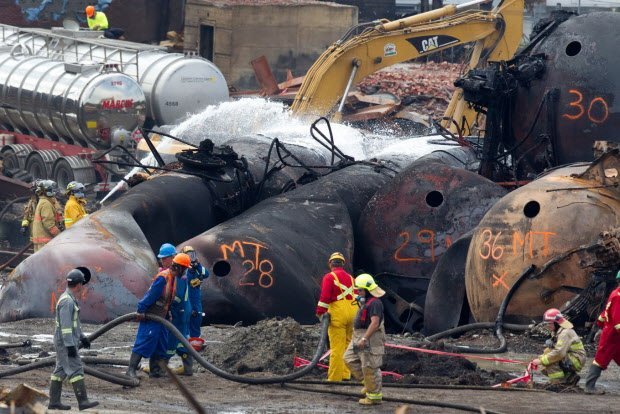 Crude oil shipments by rail on the rise in B.C. despite Lac-Megantic disaster

Shipments of crude oil by rail are steaming forward in B.C. even as investigators said Thursday the federal government has failed to eliminate “critical weaknesses” in the rail system in the six months since the deadly Lac-Mégantic train disaster. Officials from the Transportation Safety Board delivered this warning as they jointly issued “critical” safety recommendations in partnership with the United States’ National Transportation Safety Board. The recommendations call for drastic improvements on — or the replacement of — risky tank cars, as well as new requirements for industry analysis of existing routes and emergency planning.