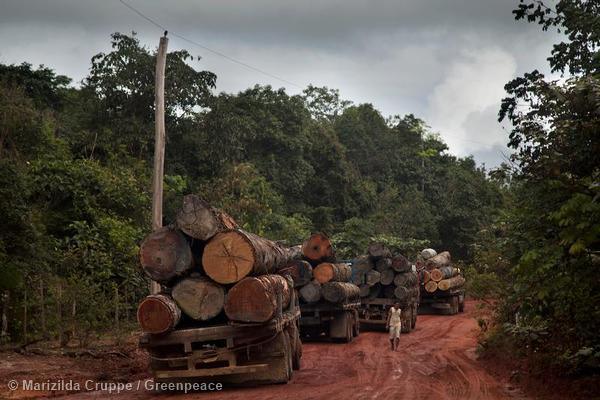 Capitalism dominates the globe. It has become so enmeshed into the cultural narrative that it seems almost axiomatic. Private owners (of capital) control the means of production. The goal: build profits. The best part about it is that if everyone pursues self-interest, the market will grow and society will benefit. The invisible hand helps the market to self-regulate, creating socially desirable results.

No. When it comes to dealing with issues such as poverty, the income gap, unemployment, economic crises, human rights, war, imperialism, and the externalization of costs on society and the environment, the invisible hand that Adam Smith once imagined is not invisible, it is nonexistent.

We are currently experiencing, without a doubt, the greatest crisis to face human kind. Indications of climate change are being seen around the globe: accelerated melting of the Arctic sea ice, rapidly receding glaciers, rising sea levels, warming oceans and ocean acidification, more frequent and longer-lasting droughts, stronger and more frequent storms, higher temperatures than ever recorded, and a rapid extinction of species are direct result of a warming climate.

There is a scientific consensus that the climate is rapidly changing and that these rapid changes are due to anthropogenic causes. The science is clear: the human-caused emissions of great amounts of greenhouse gases – primarily carbon dioxide, methane, and nitrous oxide – are causing global environmental damage.

Many argue that market and techo-based approaches are the way to combat climate change. They push for carbon taxing and trading, geo-engineering, and renewable energy without considering the fact that the system itself is incompatible with sustainability. By its very nature, capitalism seeks only to grow and accumulate – an idea that is diametrically opposed to a sustainable existence.

In this series, I examine how the capitalist system has brought us to climate disaster, and why it cannot get us out of it.

Taken for granted in the climate change discussion is the assumption that nature or the environment is something that can or should be commodified, yet the structure of capitalism is such that it seeks to commodify everything, including human life (labor) and the environment (land and natural resources). The commodification of nature and the environment, inherent in the capitalist system, is problematic in its own right. Within this economic system, land, as well as labor, are seen as a commodity – something that can be purchased – and an essential part of industry. Yet what does it mean to say that something like “labor” and “land” are commodities? Karl Polanyi, the great economist, anthropologist, philosopher and sociologist, argued that both are not created as something to be sold. Labor is essentially human activity, a necessary part of life. Land, synonymous with nature, is not produced by man and in fact, encompasses man as a part of itself. When we sell the right to harm the natural environment, we are effectively selling something that is not ours.

Yet many seek to solve the climate change crisis through market mechanisms and through the buying and selling of rights to pollute or degrade the natural environment through things like carbon taxing and trading. This is effectively selling the rights to pollute something that is not ours to sell. Many economists have proposed the idea of a carbon economy, where a market would be created for the trading of carbon permits, where states, corporations, or even individuals would be given a certain allocation of permissible carbon emissions and those permits could be sold or traded.

While this raises many important issues with regard to rich countries taking advantage of poor, underdeveloped countries, as well as leaving much room for manipulation by states and corporations, one of the fundamental problems has to do with permitting pollution so long as an agent is able to pay. When polluters are fined for actions that have an adverse effect on the environment, the wrongness of the action remains intact. When carbon permits are offered (pollution permits), it is as if the action of pollution is now permissible, and the wrongness of the act is absolved.

Robert Goodin, social and political philosophy professor at Australian National University, makes reference to the selling of permits to pollute as similar to the Medieval selling of indulgences by the Catholic Church. The church offered forgiveness for past sins through the purchasing of an indulgence, effectively giving the sinner a clean slate. The selling of environmental indulgences, Goodin notes, is the selling of forgiveness for future environmental harms. Essentially, one would be purchasing permission to commit a wrong-doing. It is saying – in essence – that it is ok to irreparably harm the environment, so long as you pay for that right beforehand. What’s more, these carbon allowances incentivize further procreation since emissions levels for a nation would grow with population. As discussed in Part I of this series, The Growth Problem, population growth is a boon for a capitalist system, creating more markets in which to expand.

Furthermore, the market-based response to climate change is inherently unjust, since capitalism values purchasing power over all and thus reflects the needs and preferences of those who hold the most purchasing power in terms of capital. Prices and regulations of a carbon market would then be set by those who hold the market power – the owners of the greatest capital – and the income-poor of the world would have a negligible, if any, say in how the carbon market functioned. Economist Servaas Storm writes in the Institute of Social Studies that putting a price on carbon, “cannot adequately reflect the true social costs of carbon emissions, because the market mechanism only recognizes preferences when these are backed up by purchasing power while neglecting the basic needs of the income-poor, the non-monetized value of the eco-system and intrinsic human values and indefeasible rights.”

And even further, an individual’s influence through consumer choices would be subservient to the constraints imposed by corporations and states, which hold the greatest market influence. The result being that the ‘best’ use of natural resources like fossil fuels within a market system is not what benefits society as a whole, or the greatest number of people, or what is ecologically sound, but rather what benefits those with the greatest purchasing power within the market. Moreover, the dire prospects of ecological destruction in the face of climate change have less impact on those within the capitalist economy who hold the greatest purchasing power, given that they have the ability to buy their way out of issues associated with climate change. When sea level rise threatens coastal areas, the global rich can relocate. When increased drought drives food prices higher, the global rich can afford to purchase costlier foods. In contrast, the global poor are far more vulnerable to climate change-related disasters and can do little to purchase their way out.

This statement by a World Bank economist isn’t shocking in itself, however this is the basis of the system in which the vast majority of the world exists. When expressed in terms of monetary values – the only language capitalism speaks – a human life is worth more in the developed countries based on wage prospects, so the costs of pollution are less when transferred to the poor, where wages are lower, and human life carries a lower economic value. The same goes for the environment, which is valued in the capitalist system only insofar as it builds capital.

Costs are externalized onto the global poor and onto the natural world, and in the capitalist system, this is seen as not only helpful, but also natural and logical. And yet, the reality is that the push to commodify human life, as well as the environment, is not just irrational, it is hugely harmful to the very conditions necessary to sustain life on this planet.

Alyssa Rohricht maintains The Black Cat Revolution and can be reached at aprohricht@msn.com.