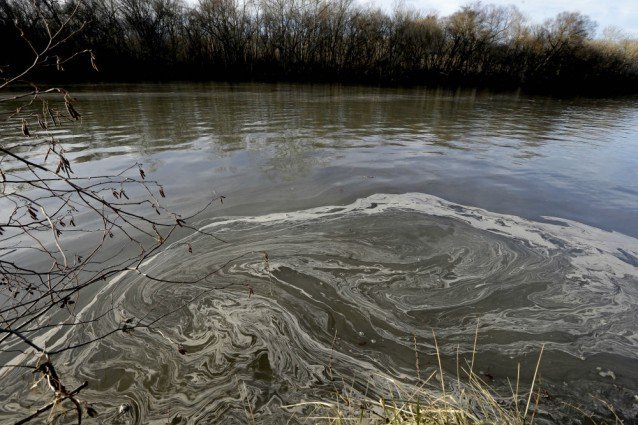 Federal prosecutors charged Duke with nine counts of misdemeanors under the Clean Water Act late Friday, saying that the energy company had been dumping coal ash from power plants in five North Carolina locations since at least 2010. Duke isn’t challenging the case — instead, it has already worked out a proposed plea bargain with the federal government. If approved, the bargain would require the company to pay a total of $102.2 million — $68.2 million in fines and restitution and $34 million for community service and projects to help mitigate the effects of the pollution.

“We are accountable for what happened at Dan River and have learned from this event,” Lynn Good, Duke’s president and CEO said in a statement. “Our highest priorities are safe operations and the well-being of the people and communities we serve.”

Duke’s problem with coal ash pollution made headlines last February, when a storage pond from a closed power plant leaked 39,000 tons of coal ash, a byproduct of coal burning that can contain toxins such as arsenic, mercury, and lead, and 27,000 gallons of contaminated water into North Carolina’s Dan River. That spill sparked increased pressure on Duke to stop polluting the state’s rivers and to clean up the coal ash that had spilled in the Dan River — something the company started doing in May.

The spill also marked the beginning of a string of environmental citations for Duke — later last February, North Carolina’s Department of Environment and Natural Resources (DENR) cited five more Duke power plants for failing to hold storm water permits, and in March, a North Carolina judge ruled that Duke must immediately act to stop the groundwater contamination caused by the company’s 14 coal-fired power plants in the state.