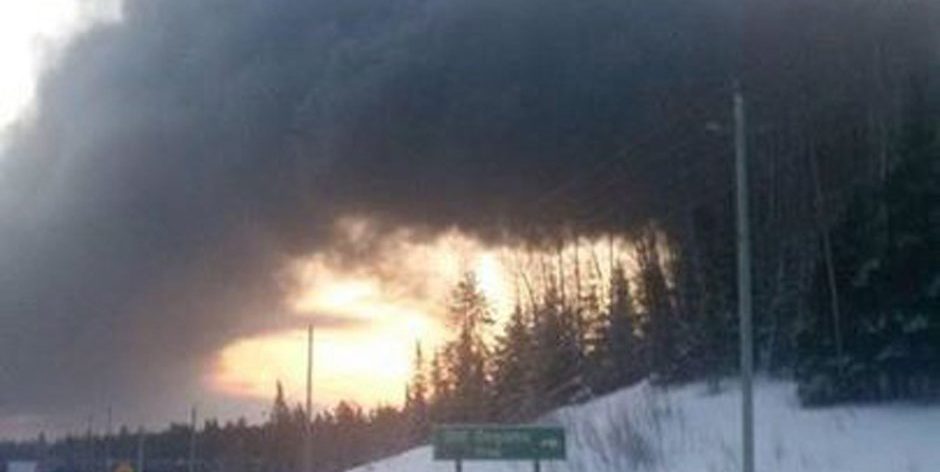 GOGAMA, Ont. — Another train derailment in northern Ontario has added new fuel to the ongoing debate over whether rail is a safe way of transporting crude oil.

First Nations and environmentalists are among those expressing alarm over Saturday’s derailment of a CN Rail train that caused numerous tank cars carrying crude oil to catch fire and spill into a local river system.

CN said Sunday there were 94 cars on the train, all carrying Alberta crude to Eastern Canada when approximately 30 of them derailed near Gogama, Ont., about 80 km south of Timmins. Some of the cars caught fire and some crude entered the Mattagami River System.

Chief Walter Naveau of the Mattagami First Nation says his community does not feel safe after the third CN derailment in northern Ontario in less than a month. There are concerns over the effects of smoke inhalation and environmental damage, he said.

“People in the community were feeling the affects of the toxins in the air — respiratory problems, they could feel it in their chests and their breathing,” Naveau said in a phone interview.