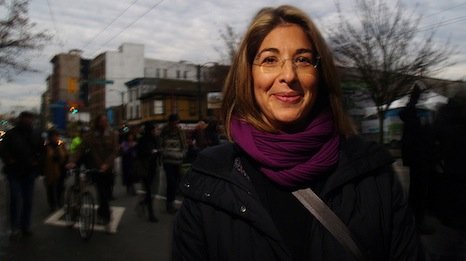 The climate change movement needs to be as radical as Nelson Mandela’s fight against apartheid, said Naomi Klein, speaking to an audience in London on December 11, 2013 . Gathering at the Royal Society for a conference on how global carbon emissions can be reduced drastically and immediately, speakers including Naomi Klein, Kevin Anderson and Corinne le Quéré argued for a new wave of radical environmental action. “Transformative policies must be backed by transformative politics,” said Klein, a Canadian journalist and author on the green movement, via weblink. “An agenda capable of delivering radical emissions reductions will only advance if accompanied by a radical movement.” As with the battle against apartheid in South Africa , fighting climate change requires “a clear moral vision of the alternative being fought for,” said Klein. Just as Mandela fought for a new “rainbow egalitarian society” rather than simply against racism, environmentalists need to establish a new approach to society. See Naomi Klien’s recent speech and the Radical Emissions Reductions conference