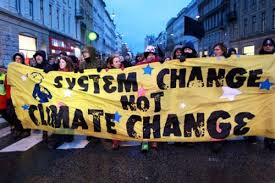 Climate movement on the move

“The fight to stop KXL will be one of the defining battles of our generation. A victory here will mark the close of the old carbon era, and the start of the new energy revolution—our revolution. America’s youth now have the chance to take up the torch, and light a new fire.” Conor Kennedy, youth climate activist. Revolutions are unpredictable things, literally. Was there anyone who thought that when Rosa Parks sat down in 1955 on that Montgomery, Al. bus that her action would lead to a powerful Freedom Movement which, in ten years, would force an end to legal segregation in the South? Who in their right mind would have bet that South African apartheid and the Soviet Union would both come to an end in the decade of the 90’s?