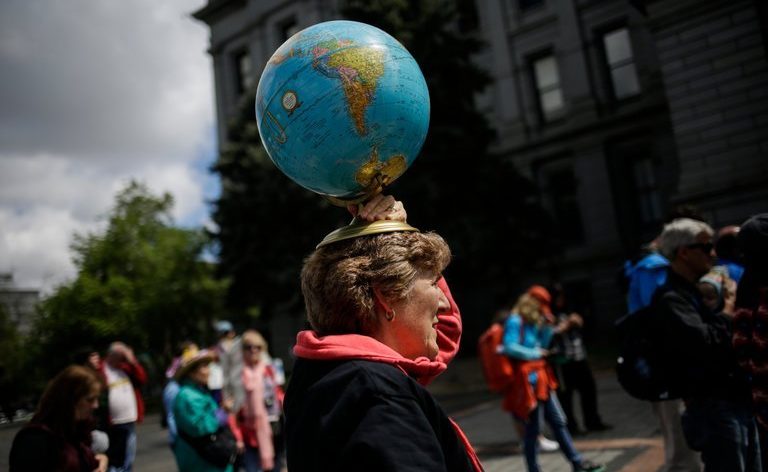 Even casual readers of the news know that the earth is probably going to look very different in 2100, and not in a good way.

A recent Times opinion piece included this quotation from the paleoclimatologist Lee Kump: “The rate at which we’re injecting CO2 into the atmosphere today, according to our best estimates, is 10 times faster than it was during the End-Permian.”

The End-Permian is a pre-dinosaurs era of mass extinction that killed 90 percent of the life in the ocean and 75 percent of it on land. It is also called the Great Dying. Although those who write about environmental change like to add notes of false personalization around this point — “My children will be x years old when catastrophe y happens” — there is really no good way of acclimating the mind to facts of this magnitude.

However, the cause of the disaster that, by all indications, we are already living through should be clearer. It is not the result of the failure of individuals to adopt the moralizing strictures of “green” consciousness, and it is a sign of just how far we have to go that some still believe reusable shopping bags and composting (perfectly fine in their own right) are ways out of this mess.

It is also not the deceit of specific immoral companies that is to blame: We like to pick out Volkswagen’s diesel scandal, but it is only one of many carmakers that “deliberately exploit lax emissions tests.” Nor does the onus fall on the foundering of Social Democratic reforms and international cooperation: Even before the United States backed out of the Paris Accord, we were well on our way to a 7.2 degrees Fahrenheit temperature rise by 2100, “a temperature that at times in the past has meant no ice at either pole.”

The real culprit of the climate crisis is not any particular form of consumption, production or regulation but rather the very way in which we globally produce, which is for profit rather than for sustainability. So long as this order is in place, the crisis will continue and, given its progressive nature, worsen. This is a hard fact to confront. But averting our eyes from a seemingly intractable problem does not make it any less a problem. It should be stated plainly: It’s capitalism that is at fault.

As an increasing number of environmental groups are emphasizing, it’s systemic change or bust. From a political standpoint, something interesting has occurred here: Climate change has made anticapitalist struggle, for the first time in history, a non-class-based issue.