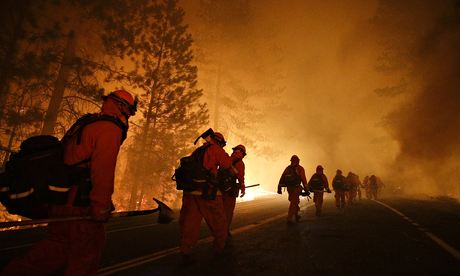 Climate change is upon us and we must act

It is often claimed by those who deny the reality of climate change that scientific forecasts about the impact of global warming are far too uncertain to merit taking action. There is no reason to suffer the inconvenience of leaving the planet’s fossil fuels unburned when the current analyses of meteorologists, oceanographers and geophysicists will probably turn out to be false alarms, they argue. Such contention is dangerously false. For a start, scientists’ warnings about future weather patterns are certainly not overreactions to the evidence they have gathered. In most cases, observed climate changes – the slump in summer sea ice coverage in the Arctic in recent years is a good example – have turned out to be far more drastic than researchers had originally predicted. Their views of the future – melting icecaps, spreading deserts and acidifying oceans – are cautious evaluations that most probably underestimate the likely impact of global warming.