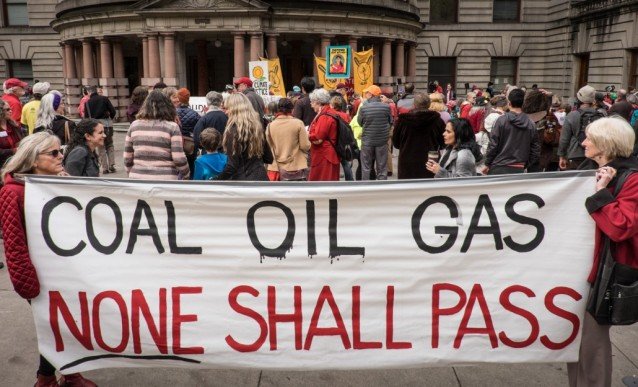 August 2, 2017 (Portland, OR) – Today, the Portland City Council voted unanimously, 5 to 0, to appeal a decision by Oregon’s Land Use Board of Appeals (LUBA) that found Portland’s fossil fuel terminal zoning restrictions unconstitutional. The Oregon State Court of Appeals will hear appeals on the case.

Speaking to his “aye” vote, Mayor Ted Wheeler stated, “The community expects us to defend this policy.” Commissioner Chloe Eudaly added, “I am ready and willing to fight back against the state interfering in our ability to protect our environment and to protect our residents and make what we think are the best decisions for our city. We need them to set standards that protect people and not profits.”

Several commissioners noted that LUBA’s ruling came from a single LUBA Board member, with two of the three voting members of LUBA recusing themselves from the decision. Commissioners cited a need for the Oregon Court of Appeals to give more clarity over the city’s authority to protect the health and safety of residents as well as the integrity of the climate.

“Bravo to the Portland City Council for defending this very popular policy that was intended to protect residents from the many dangers of the fossil fuel industry, including spills, derailments, and explosions,” said Nicholas Caleb, staff attorney for the Center for Sustainable Economy. “We strongly believe that the City of Portland has the power to protect the health and safety of Portland’s residents with smart and reasonable policies like the fossil fuel terminal zoning amendments.”

“The Portland City Council demonstrated their commitment to climate action and to protecting the health and safety of Portland residents,” said Mia Reback, organizer with 350PDX. “On a day with triple digit temperatures, it’s more important than ever to defend climate action.”

“We strongly support the City’s decision to fight for this policy,” said Dan Serres, Conservation Director for Columbia Riverkeeper. “We knew the fossil fuel industry would try to undercut the City’s fossil fuel policy, and we believe this is a fight worth continuing in order to protect Portland residents from reckless, polluting projects like oil train terminals.”