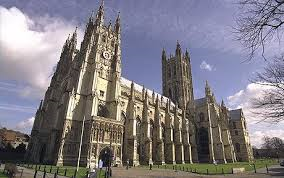 Church of England takes on ‘giant evil’ of climate change

On Wednesday, the Church of England’s parliamentary body announced that it was considering redirecting its investments in an effort to battle climate change. The motion put forward, which called for the Church to recognize “the damage being done to the planet through the burning of fossil fuels,” received overwhelming support. “Climate Change is a moral issue because the rich world has disproportionately contributed to it and the poor world is disproportionately suffering,” Canon Goddard said.