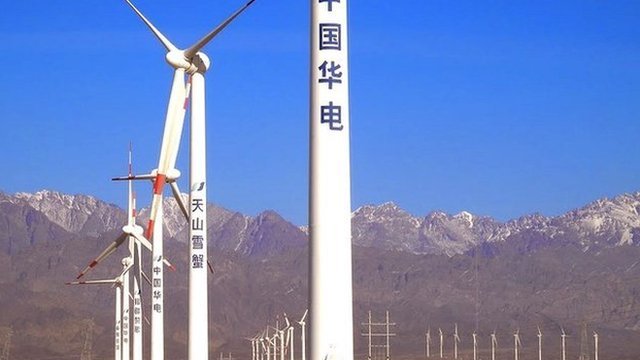 China has embarked on the greatest push for renewable energy the world has ever seen. A key element involves more than doubling the number of wind turbines in the next six years. Already the world’s largest producer of wind power, China plans further massive increases. From a current installed capacity of 75 gigawatts (GW), the aim is to achieve a staggering 200GW by 2020. By contrast, the European Union countries together have just over 90GW of installed wind capacity. The far western province of Xinjiang is one of seven areas designated for wind development.