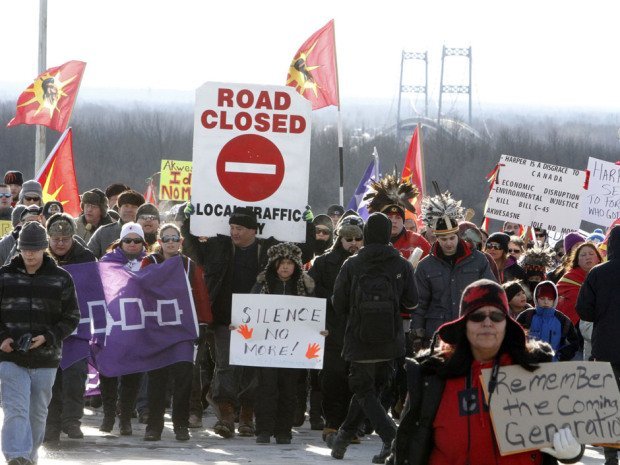 As First Nations activists shut down roads and bridges in protest last year, the Counter-Intelligence Unit of the Ministry of National Defence was watching. Closely. All the while, behind the scenes, they were preparing to tell the media they were doing no such thing. The Canadian Forces spent virtually all of 2013 keeping eyes on the Aboriginal protesters, out of fear that they could pose a threat to military personnel or intercept weapons shipments, according to documents obtained under Access to Information laws.