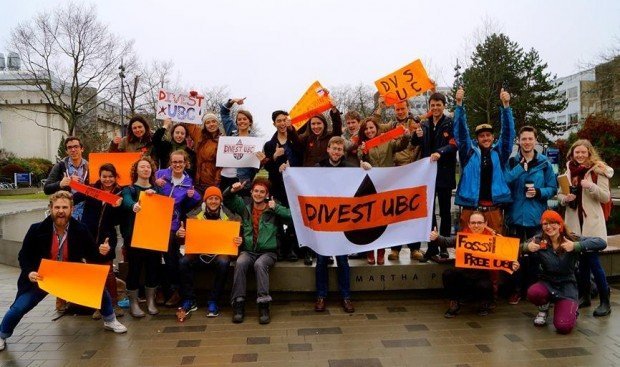 When Sarah Mitchell arrived at McGill in the fall of 2014, she was surprised to see Shell’s logo emblazoned on the second page of her student agenda. As a student at McGill’s faculty of sustainable engineering, she had assumed that her department had limited ties with extractive industries. She was surprised again when she later realized that McGill was still tied to fossil fuels through its investments. The campaign for divestment from fossil fuels at McGill had started in 2012, when Sarah was still in high school. By the time she arrived on campus, she assumed McGill had divested long before.

Yet even as universities across Canada adopt an aesthetic of sustainability, divestment activists suggest that by eschewing divestment thus far, they’ve opted out of substantive action on climate change.

Organized worldwide through 350.org, fossil fuel divestment campaigns take different forms, but generally aim to divert the investments institutions have in the top 200 carbon-emitting companies, including BP and Exxonmobil. In the U.K., both the University of Glasgow and the University of Bedfordshire have committed to divestment. Success has not been confined to the U.K.; in 2014, Stanford divested from coal mining companies, and six other colleges — though none with endowments larger than $1 billion USD have committed to divestment.

Yet as student groups across Canada call on their own schools to divest from fossil fuels, universities have equivocated, emphasizing the sustainability of their campuses and bemoaning financial difficulties.

As of 2015, no Canadian university has fully divested. …more