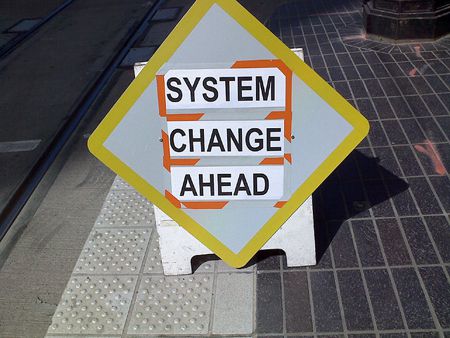 Ecosocialist strategic thinker Ian Angus has observed, with reason that “There is no copyright on the word ecosocialism, and those who call themselves ecosocialists don’t agree about everything.”

That’s true. One puzzle that many ecosocialists, especially here in the “global North,” seem to share is: Why are there so few ecosocialists?  For most of us – I count myself as part of the ecosocialist movement – it feels intuitively natural to hold a political orientation to the world based on the principles of the interconnectedness of an ecological approach and the universal solidarity, egalitarianism, and social justice orientation of a democratic socialism. Indeed, what other kind can there be after the authoritarian horrors of the 20th century?

In my country, some may suppose that this can be explained away by the U.S. working class’s lack of consciousness of a world beyond capitalism, or by the pull that the values of feminism and racial justice exert on a younger generation preventing activists from recognizing the economic roots of the evils of the capitalist system that saturates our lives.

But aren’t these all caricatures? Are there not ecosocialists who have understood that race, ethnicity, nationality, gender, sexuality, and indeed all systems of division intersect with class? Are there not working people and unions who live every day with the economic and political abuses of capitalism?  And are there not young social-justice activists who are acutely aware of how capitalism works to cause untold suffering?

There are, fortunately, in all these cases, and their numbers are growing.

I began thinking about this essay early in 2020. Now, in the waning months of 2021, everywhere, people live in a world transformed by pandemic, rebellion, and the multiple pre- and post-pandemic crises that remain with us. In a way, this new world only underlines the importance of ecosocialism’s promise, as well as gives life and urgency to my thesis that 21st-century ecosocialism will either be intersectional or remain marginal to the needs of, and alternatives to, our collective moment.

I remember calling for an “intersectional ecosocialism” more or less on the spot in a brief remark in front of a regional gathering of the newly invigorated Democratic Socialists of America in February 2019.  It seemed important in that emergent movement to center the climate crisis and the open-ended promise of the Green New Deal. To my great surprise, when I web-searched the term afterward, I could not find it. To this day, if you search the term, in English at least, you still can’t find it except in this paragraph within an essay I contributed in 2019 to a piece on the Green New Deal and ecosocialism:

[W]e have a golden opportunity for a chance to transform everything in a radical direction of real equality between rich and poor, people of color and white people, folks of every gender, coming together for deep political participation in a non-violent climate justice-transition to whatever lies beyond capitalism, and towards – dare we utter the words?  an intersectional democratic ecosocialism.

But the force of events and movements are altering the possibilities of our political imaginations and organizing efforts This essay is an attempt to articulate the problem and support these changes in the interest of pushing ecosocialism and ecosocialists to go further and deeper in our analyses and ultimately our participation in coalitions for the kind of spacious and open organizing centered on social justice that is required of us in the long climate crossroads of the 2020s.

That was always the point, according to a certain founding figure, after all.

My argument can be put, in good Marxist fashion, in the form of a set of four theses:

Intersectionality is a term that comes out of the Black feminist tradition in the United States. In what would become an influential article published in the University of Chicago Legal Forum in 1989, academic Kimberlé Crenshaw argued that when two or more systems of oppression overlap and come together, their intersection will do new harms to individuals, groups, communities, and movements.  This generative insight has now been so widely embraced among sociologists and other academics that it has become second nature on invoke the trinity of race, class, gender.

Or as Angela Davis has so eloquently put it in a 2017 interview:

I am an older (b. 1955), white, increasingly gender fluid person of the U.S. upper-middle class. I have been teaching and doing research at the University of California for the past 30 years, first on 20th-century revolutions in the South, movements for deep social transformation in the 21st century, and for the last dozen years on ways to confront the climate crisis though radical global climate justice movements and the elaboration of systemic alternatives. It is not for me to “explain” what intersectionality is. I am far from being an “expert” or “authority” on the subject (words we might to do well to question, anyway, if not do without).

But I write and speak from my own experience in Northern ecosocialist circles and my own political and intellectual formation. I will make generalizations in the knowledge that there are exceptions, that I know of individuals who are among those exceptions, and indeed, that I hope I am one myself.

My aim with this piece is to spark a conversation of many voices and to build stronger, more vibrant networks of ecosocialists wherever possible.

As someone who has been deeply engaged in global climate justice movement spaces for the past decade, I have watched the steady emergence of what I call radical climate justice perspectives and movements from the school strike actions of Fridays4Future to Extinction Rebellion, the Sunrise Movement, and Green New Deal in the USA, UK, most often led by youthful activists, many holding anti- and post-capitalist orientations, to the radical on-the-ground experiences of Rojava, Chiapas, and Cooperation Jackson in Mississippi, and the elaboration of systemic alternatives of all kinds in both the North and the South. Perspectives like degrowth and buen vivir are flourishing, as are indigenous cosmovisions in general, ecofeminism, ubuntu, convivialism, solidarity economics, commoning, radical ecological democracy, and many others, perhaps best seen when they were brought into a powerful juxtaposition in the 2019 co-edited volume Pluriverse:  A Post-Capitalist Dictionary.

These include movements for radical educational spaces such as the Ecoversities Alliance, solidarity economics, Transition Towns, the commons, and in my own place of Isla Vista, California, where I am part of a youth-powered multigenerational project for a fair and just transition we call Eco Vista.

Many vistas are opening on the horizon of systemic transformation today.  Few of them fly under the banner of ecosocialism, although an explicitly intersectional ecosocialism might propose and build bridges to all of them.

The best example of an intersectional orientation to radical social change centered on the climate crisis may be the evolution of the global climate justice movement itself. Radical climate justice movements today, then, taken as full-fledged projects for social justice battling the many crises that beset us, connecting the dots between them, and proceeding with due care for the whole person, may be the closest glimpses we have of a world and a way through the disasters that are written into our futures.

The question then becomes: How do we change ourselves to help change the world?

We do have a way forward. It is to deepen our analyses and pathways through the septuple crisis,[i] to find and work together with our allies in kindred social movements and become open to working with all comers for a world beyond capitalism. Ultimately, perhaps, to contribute (with a bit more humility, I would say to my ecosocialist comrades) to building the biggest, broadest, most radical intergenerational global climate justice movement we can.

Openness, imagination, creativity, solidarity, compassion, love, joy, humor, and much more should be the words we keep handy in our pockets, our hands, and our hearts.  Our heads will follow if we dedicate our lives to this.

[1] The interlocked triple crisis of capitalist globalization-driven inequality, bought- and paid-for democracies, and pervasive cultures of violence – from our most intimate relationships to the militarism of the United States – has for a long time been bound up with the truly wicked fourth crisis of climate chaos. To these we may add the wake-up moment of the corona crisis, and the upsurge of resistance to patriarchy and racism breaking upon these structural, systemic burdens.

John Foran is Professor of Sociology and Environmental Studies at the University of California, Santa Barbara, where he teaches courses on climate change and climate justice, activism and movements for radical social change, and issues of development and globalization beyond capitalism.  He is a member of System Change Not Climate Change.