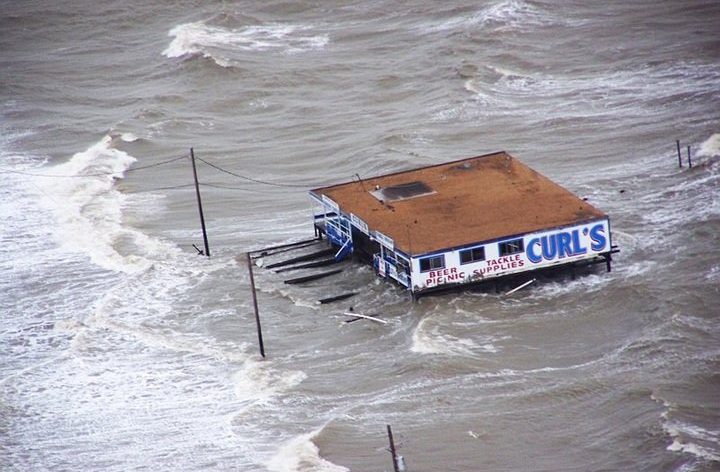 Book Review: Into the Tempest: Essays on the New Global Capitalism

William I. Robinson
Into the Tempest: Essays on the New Global Capitalism
Haymarket Books, 2018

Capitalism’s grow-or-die imperative is driving humanity to the brink of extinction. At the present rate of global greenhouse gas emissions, the climate crisis alone could soon end civilization and destroy the biosphere. Biologists report that up to a million species of plants and animals are on the verge of extinction.  Global capitalism is not only creating unprecedented extremes of inequality and injustice, it is wrecking the planet.

In his latest book, Into the Tempest, William I. Robinson addresses this crisis and calls for a shift to ecosocialism as the culmination of an exposition of his transnational theory of global capitalism. The ten essays that comprise this book reveal the coherence and explanatory power of his theory and include a wide range of illustrative examples. In support of praxis, this collection also reveals current trends of global capital, offers a constructive critique of the Left, and investigates what is required for a counterhegemonic working class strategy to defeat capitalism.

It took two world wars and mass social struggles for corporate capitalism to stabilize around a Fordist-Keynesian social structure of accumulation, but a turning point came in the 1970s with the oil crisis and the collapse of the Bretton-Woods global financial system. Robinson argues that capitalism overcame this crisis by “leveraging globalization processes into a vast restructuring and integration of the world economy.” And “from this dynamic emerged truly transnational capital, along with the rise of a transnational capitalist class and transnational state apparatuses.”

The author emphasizes, however, that nation-states will continue, but with a shift of their primary functions from national issues “to the administration of polices formulated by supranational institutions” that include the World Bank, IMF, World Trade Organization, World Economic Forum, and the United Nations — institutions of an embryonic transnational state. There remain local, national, and regional capitalists, as Robinson explains, but they must “de-localize” and link to transnational capital in order to survive. The Transnational Capitalist Class is the hegemonic fraction of the capitalist class.

The results are all around us. Changes in the automobile industry, for example, illustrate the transition to transnational capitalism. In the previous epoch, the U.S.-based auto industry produced cars from beginning to end (except for procurement of raw materials), and then exported them to other countries. The same was true of the European and Japanese auto industries. But by the end of the twentieth century, automobile production had become so decentralized and fragmented across national boundaries that final products could not be considered national in any meaningful way. More broadly, as Robinson reports, by the end of the twentieth century, 400 transnational corporations owned two-thirds of the world’s fixed assets and controlled 70 percent of world trade.

Robinson describes the divide between the haves and have-nots as “a new global social apartheid, evident not just between rich and poor countries, but within each country,” increasingly so as “class inequalities grow in importance compared to geographically conceived North-South inequalities.”  The class relations imposed by transnational capitalism require a new understanding of imperialism beyond the nation-state paradigm that “would sort out capital into particular national boxes and then link these ‘national’ capitals to their respective national states in order to explain the dynamics of international relations.”

Rejecting that paradigm, Robinson asserts that the “class relations of global capitalism are now so deeply internalized within every nation-state that the classical image of imperialism as a relation of external domination is outdated.” He observes that at least 160 wars were fought in the Third World between 1945 to 1990, but with the rise of transnational capital, the pattern shifts from wars between states to wars within states near the end of this period. Citing a United Nations report, he notes that of the 82 armed conflicts between 1989 and 1992, only three were between states.

“If the capitalist system stops expanding, it faces collapse,” Robinson reminds us, and then identifies two forms of expansion, “extensive enlargement,” and “intensive expansion.” Extensive enlargement refers to the extension of capitalism’s system of commodity production to new peoples and territories, primarily through colonial conquest and imperialism. Intensive expansion, or “constantly deepening commodification,” refers to the increasing assimilation of human activities and public commons into the logic of capitalist profit making, for example, health care, education, and access to drinking water.

Robinson points out that extensive growth largely “concluded with the (re)incorporation of the former Soviet Bloc and Third World revolutionary states in the early 1990s,” into the global capitalist system, and intensive expansion is reaching the limits of what it can invade and commodify. These barriers to further expansion lead to a crisis of overaccumulation of capital, a fundamental contradiction of capitalism.

In addition to extensive and intensive growth identified by Robinson, there is another form of expansion that deserves attention, namely, capitalism’s monotonic secular increase in commodity production and consumption, for example the exponential growth in plastic production since World War II, the explosive growth in air travel, cell phone proliferation, and global energy consumption.  This form of capitalist growth comes with increases in resource extraction, greenhouse gas emissions, pollution, deforestation, overfishing, habitat destruction, and more.  It is this form of capitalist expansion that drives the environmental catastrophe most directly, especially the growth of weapons industries.

The crisis of overaccumulation is driving capital in ominous directions as Robinson explains compellingly in the Chapter 9 essay, Global Police State. Overaccumulation is the result of the polarization of income and wealth that is endemic to capitalism, but even as the system generates more wealth, the author points out that “the mass of workers cannot actually consume that wealth.”  At the same time, nation-states face a contradiction between facilitating transnational capital accumulation and the need for political legitimacy. As a result, states around the world are experiencing a spiraling crisis of legitimacy.

Transnational capital reacts to these contradictions through what Robinson defines as “militarized accumulation” or “accumulation by repression.” He deduces that “there is a built-in war drive to the current course of capitalist globalization,” and observes that a major component of accumulation by repression is digitalization. The crisis of global capitalism — “at once ecological, social, economic, and political”— has produced a “rapid political polarization between a resurgent left and a neofascist right,” driven by manipulation of fear, ethnic nationalisms, and precariatized working class communities.

Robinson calls for a “globalization from below.” The alternative to global capitalism must be a transnational popular project that addresses “deep racial/ethnic dimensions of global inequality.” The “whole notion of national citizenship needs to be questioned” he asserts, and replaced by a concept of global citizenship. The struggle of immigrant workers must “therefore be at the cutting edge of popular movements worldwide against the depredations of global capitalism and is central to the struggle of the global working class.”

With refreshing clarity, Robinson calls on academia, especially in the US, to “shake itself loose of crippling identity politics,” and other accommodations with the prevailing social order. The intellectual elite, he writes, “turned to a postmodernism that celebrated a world of ‘differences’ and endless fragmentation, out of which came the new identity politics in which capitalism became ‘just another’ among the multiplicity of oppressive systems.” On US university campuses, he notes, “dominant groups now praise, even champion, opposition to racism as a personal injury and ‘micro-aggression’ that eclipses any critique of the macro-aggressions of capitalism and the link between racial oppression and class exploitation.”

Identity politics has spread far beyond university campuses. “Bolstered by the betrayal of intellectuals,” Robinson writes, “the liberal elite’s brand of identity politics has served to eclipse the language of the working and popular classes and of anti-capitalism. It helped to derail ongoing revolts from below and push white workers (here I refer specifically to the United States) into an identity of white nationalism, which helped the neofascist right to organize them politically.”

Focusing on the environmental crises driven by capitalism, Robinson rejects both a restructuring of capitalism into “green capitalism” and non-ecological socialism. Instead he calls for a transnational ecosocialist project with a new conception of the working class “that highlights immigrant labor, female labor, part time, temporary, contract, and precariatized workers, ethnically diverse workers, as well as surplus humanity.” He stresses, “that in the United States and Europe (and elsewhere as well), an ecosocialism that does not place anti-racism in front and center is a dead end.”

Robinson concludes the final chapter of his book with the statement, “Understanding the social forces and their political and cultural agents that shape global society is essential for building the systemic movement for a transition to ecosocialism.” Into the Tempest contributes brilliantly to that project. It is a major contribution to a revolutionary praxis that aims to transcend capitalism for a life-affirming ecosocialist future.

David Klein is a mathematical physicist and professor of mathematics at California State University Northridge, where he is also director of the Climate Science Program, an educational program designed to prepare students for careers or graduate work in climate science and related fields. He is a member of System Change not Climate Change and is the author of the ebook, Capitalism and Climate Change: The Science and Politics of Global Warming.