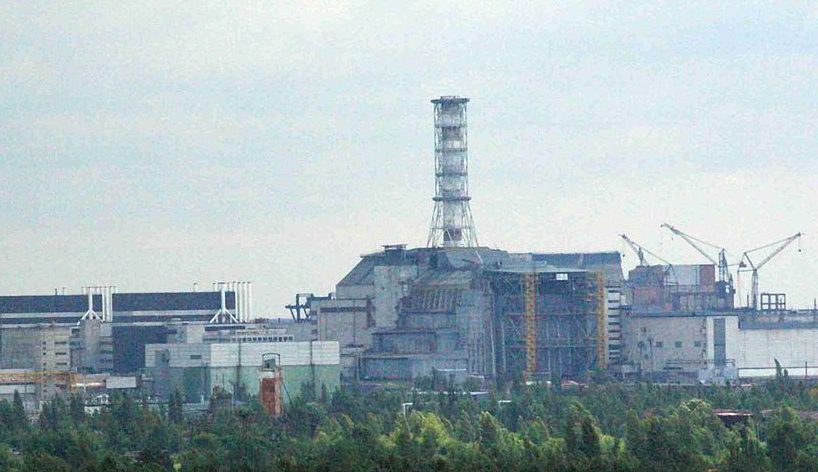 Few narratives are as pervasive and enduring as those describing the inherent environmental destructiveness of the socialist state. This propaganda is so effective that leftists often feel compelled to join in what Eduardo Galeano terms “the customary collective revulsion of the reviled corpse.” It is therefore admirable that author Salvatore Engel-Di Mauro has stepped forward to challenge what he sees as the “predominant and facile capitalist and environmental rhetoric that would have us equate socialism, and even more so communism, with ‘ecocide’ and ‘totalitarianism.’” In his book Socialist States and the Environment: Lessons for Ecosocialist Futures, Engel-Di Mauro uses a comparative analysis oriented towards world system theory to recuperate this neglected area of study.

Warning: this is not a light read. With its many charts and citations, the book is best approached as a source for the student or scholar wishing to go deep and unravel “prior, sedimented (pre)conceptions of leftist statism.” The author’s goal is not to justify the documented “terrible outcomes” of past state socialism, but, in a historical and international context, equitably compare the record of these states with that of the capitalist, imperialist state. Engel-Di Mauro does not claim socialist states are necessarily preferable to liberal democracies, but that the stories told about these states are rarely based on facts.

In a study like this, clear definitions are the first order of business. What political, ideological, or economic criteria should we use for “socialism”? How do we measure environmental impacts? Which metrics can be used to compare industrialized societies with agrarian? Definitions of socialism are necessarily fraught, and here Engel-Di Mauro struggles as well. The point being, much hybridization has taken place through the last century and a half, and every example displays some slippage between socialism in theory and “actually existing socialism.” This doesn’t invalidate the author’s argument but points to the difficulty blending social, economic, and natural science into a coherent whole.

Accessing a wide range of statistical data and research material, Engel-Di Mauro uses three case studies to build his argument that, contrary to much mainstream scholarship, “state socialist countries’ environmental impacts” are “less terrible than those of their capitalist counterparts.”

As someone who lives a short distance from two major Superfund sites, I found this argument compelling. The litany of environmental catastrophes associated with the “free market” speaks for itself: Bhopal, Deepwater Horizon, Nigerian oil spills, Mississippi Delta dead zone, Hanford nuclear leak, Valdez, Berkley Pit; the list goes on and on and on. Everyone knows about Chernobyl, but how many have heard of Windscale?

The middle section of the book focuses on the USSR, China, and Cuba to show how historical, geographical, and developmental contingency affects both political formations and outcomes.  Using the metric of “ecological footprint,” we get an estimate of “how much of the biosphere’s regenerative capacity is taken up by human activities” along the historical timeline of each country or republic. Activities such as deforestation, plowing of grassland, fisheries depletion, and habitat destruction are measured and analyzed along with pollution, taking into account legacy issues, rates of industrialization, and the varied “decision-making structures” involved.

Given the many complex factors — factors often ignored by World Bank studies — the author concludes that at a planetary scale, “state-socialist systems have never come close to the level of destructiveness of capitalist systems” (including, I would add, the hyper-armed, world policing liberal capitalist “democracies”).

We know there are many examples, such as the Zapatistas of Chiapas and indigenous peoples around the world who have built and maintained ecologically grounded lifeways at various scales. (Learning about the Marxist Pan-Africanist Burkinabe revolutionaries of 1983 was a reminder of how propaganda includes things we are not taught.) It is at the scale of industrialized nation-state where examples dwindle.

As someone always looking for concrete, workable alternatives, I found the section on Cuba inspiring. This is not to ignore or excuse the political repression, racialized class disparities, and well-known abuses of power. But one can’t help but find hope in the story of a tiny island country, under siege by the mightiest military in the history of the world, overcoming 400 years of socially and ecologically devastating settler-colonial regimes (including slavery and genocide) to become, according to the author and many formal assessments, “the most environmentally sustainable country on earth.” Through innovative shifts towards low-impact agroecology, urban farming, integrated pest management, and reforestation, Cuba has improved living standards while demonstrating “a consumption pattern that could be extended globally without entering into planetary overshoot.”

Engel-Di Mauro ends the book with a somewhat dense and abstract thesis on the historical-materialist dialectics of social dynamics, which went way over this reviewers’ head. More concrete, if techno-specialist-managerial-sounding, was the author’s call for “a large cadre of scientists committed to acroecological and socialist principles.” It is in this section that other lessons from the past are transcribed into practical advice for building an effective climate justice movement embodying ecosocialist values.

The task the author leaves us with is one of “critical reclaiming,” that is, developing a “convincing and viable” interpretation of “state socialism as an intermediate phase” that “can have, and has had, ecologically and socially beneficial effects … recognizing what has gone well and facing up to … problems and horrors.”

Sharing the author’s political trajectory away from a parochial, anti-state bias, I also share his call for a balanced “revisiting” of the state as a formation through which we might progress towards an environmentally sustainable, egalitarian, classless and perhaps someday, stateless society.

Dave Jones is a retired fishing guide and autodidact living in western Montana. He is the father of three amazing women and husband to a fourth. He is a founding member of the Zootown Zapatistas and is active with DSA as well as with System Change Not Climate Change.