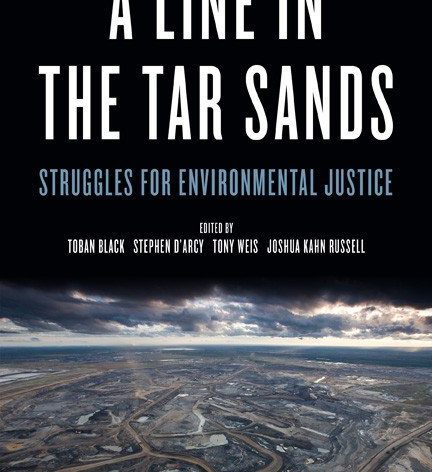 Book launch: A Line in the Tarsands

Tar sands ‘development’ comes with an enormous environmental and human cost. But tar sands opponents – fighting a powerful international industry – are likened to terrorists; government environmental scientists are muzzled; and public hearings are concealed and rushed.

Yet, despite the formidable political and economic power behind the tar sands, many opponents are actively building international networks of resistance, challenging pipeline plans while resisting threats to indigenous sovereignty and democratic participation.

The forum was sponsored by: Between the Lines and Centre for Social Justice.