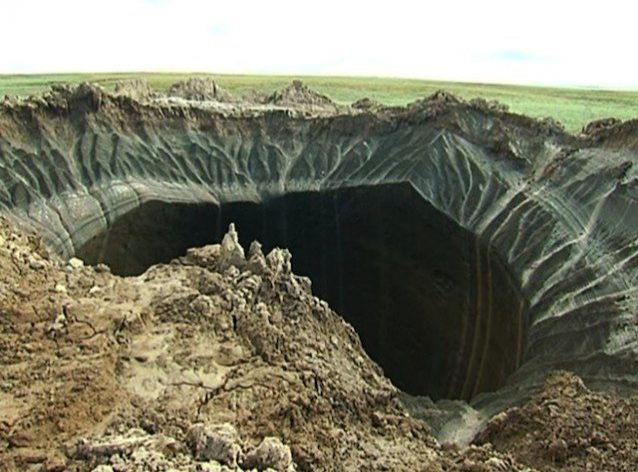 We are destroying nature’s ability to help us stave off catastrophic climate change. That’s the bombshell conclusion of an under-reported 2014 study, “The declining uptake rate of atmospheric CO2 by land and ocean sinks,” as coauthor Dr. Josep (Pep) Canadell recently explained to me.

Based on actual observations and measurements, the world’s top carbon-cycle experts have determined that the land and ocean are becoming steadily less effective at removing excess carbon dioxide from the atmosphere. This makes it more urgent for us to start cutting carbon pollution ASAP, since it will become progressively harder and harder for us to do so effectively in the coming decades.

As Canadell put it, “clearly Nature is helping us” deal with atmospheric CO2 right now much more than it will be decades to come. He said this was one more reason why delaying action to cut carbon pollution is a costly and dangerous mistake.

Canadell is executive director of the Global Carbon Project, a project by the international scientific community to “to develop a complete picture of the global carbon cycle, including both its biophysical and human dimensions together with the interactions and feedbacks between them.” Canadell notes that this paper includes co-authors who were previously skeptical that there was “a decreasing long-term trend in the carbon sink efficiency over the last few decades.”

Because this is one of the most consequential recent findings by climatologists, with significant policy implications, I’ll examine it in more detail.

The ocean and the land (including vegetation and soils) are carbon “sinks” that currently absorb more than half of all human-caused carbon dioxide emissions. Scientists have long been concerned that these sinks will become increasingly ineffective at absorbing CO2 — because of global warming itself. That would mean a greater and greater fraction of human-caused carbon pollution would stay in the air, which would speed up climate change, causing even more CO2 to stay in the air — an amplifying feedback. And that in turn means humanity will have to work harder and harder in the future to keep CO2 and methane from accumulating in the air.

For instance, the defrosting permafrost and the resultant release of carbon dioxide and methane (CH4) turns part of the land sink into a source of airborne greenhouse gases (with methane being much more potent at trapping heat than CO2). Similarly, as global warming increases forest and peatland fires — burning trees and vegetation — that also turns one part of the land carbon sink into a source of atmospheric CO2.

The observations from WMO’s Global Atmosphere Watch (GAW) network showed that CO2 levels increased more between 2012 and 2013 than during any other year since 1984. Preliminary data indicated that this was possibly related to reduced CO2 uptake by the earth’s biosphere in addition to the steadily increasing CO2 emissions.

A similar conclusion was reached by the more comprehensive international study discussed above. That study, published in Biogeosciences, noted that, for the last five decades, roughly 44 percent of total human caused carbon dioxide emissions stay in the atmosphere. It defined the “The CO2 uptake rate by land and ocean sinks (kS, henceforth called the CO2 sink rate)” as “the combined land–ocean CO2 sink flux per unit mass of excess atmospheric CO2 above preindustrial concentrations.” This is a measure of the land and ocean “sink efficiency.” The study found that this uptake rate, kS, “declined over 1959–2012 by a factor of about 1/3, implying that CO2 sinks increased more slowly than excess CO2.”

What does declining sink efficiency mean in simple terms? As Dr. Canadell explained to me, “For every ton of carbon dioxide we emit into the atmosphere, we are leaving more and more in the atmosphere” each passing year.