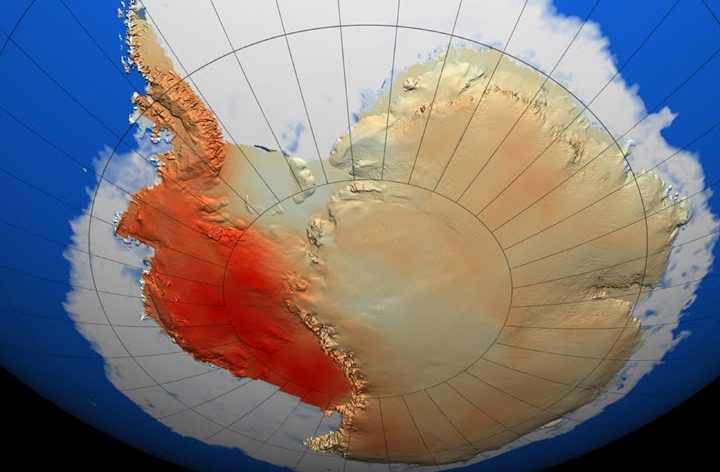 “A game changer” is how climate scientist Dr Malte Meinshausen describes newly published research that West Antarctic glaciers have passed a tipping point much earlier than expected and their disintegration is now “unstoppable” at just the current level of global warming. The research findings have shocked the scientific community. “This Is What a Holy Shit Moment for Global Warming Looks Like,” ran a headline in Mother Jones magazine.

“We announced that we had collected enough observations to conclude that the retreat of ice in the Amundsen sea sector of West Antarctica was unstoppable, with major consequences – it will mean that sea levels will rise one metre worldwide. What’s more, its disappearance will likely trigger the collapse of the rest of the West Antarctic ice sheet, which comes with a sea level rise of between three and five metres. Such an event will displace millions of people worldwide.”

But this news should not have come as a shock. In 2007 when we wrote “Climate Code Red”, Philip Sutton and I devoted a chapter to Antarctica, and surveyed scientists who were warning of this scenario. We quoted NASA climate chief James Hansen:

“We find it implausible that BAU [‘business-as-usual’] scenarios, with climate forcing and global warming exceeding those of the Pliocene, would permit a West Antarctic ice sheet of present size to survive even for a century.”

As far back as 1968, John Mercer had predicted that the collapse of ice shelves along the Antarctic Peninsula could herald the loss of the ice sheet in West Antarctica, and 10 years later contended that: “a major disaster — a rapid deglaciation of West Antarctica — may be in progress … within about 50 years.”

Such science was excluded from “mainstream” reports such as those of the IPCC, which systematically and embarrassing underestimated likely sea-level rises, with the most recent, 2013 report being no exception.