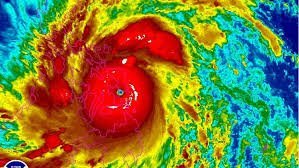 Behind the Philippines Typhoon Haiyan disaster

It’s been nearly two weeks since Typhoon Haiyan devastated a portion of the Philippines on November 8. A collection of islands in the south of the country that is populated by about four million people took a direct hit. The death toll now stands at more than 5,000. Hundreds of thousands of people have lost their homes and their belongings. More disaster looms if emergency shelter, medical aid and food and water provision does not arrive quickly and in greater quantity.

The Philippine government is ill-prepared for the disaster. Though storm events hit the country regularly, and their force is rising, the government there shares the same habit of other capitalist governments in giving little priority to social welfare, including emergency preparedness. Their focus and priorities lie in promoting the interests of their respective capitalist classes.

As in Haiti nearly four years ago, the big countries of the world are treating the disaster in the Philippines as an occasion for a military exercise. The U.S. dispatched an aircraft carrier and more than ten thousand soldiers. Canada has a detachment of several hundred soldiers, along with helicopters.

Yes, these soldiers can provide immediate assistance in the form of food and water delivery, medical assistance and other emergency tasks. But they are not equipped or trained for the task of recovery. Indeed, the U.S. has already begun to withdraw its military mission.

Some very informative articles on the climate change origin and implications of the Typhoon Haiyan disaster (called Typhoon Yolanda in the Philippines) have appeared. We list several of those below. In the next issue of this newsletter, we will publish more articles that examine the equally important aid and social underdevelopment side of this story. Why is the Philippines so vulnerable to weather disasters? Who and what is responsible? What must be done to prepare the country for anticipated increase in the frequency and strength of storms?