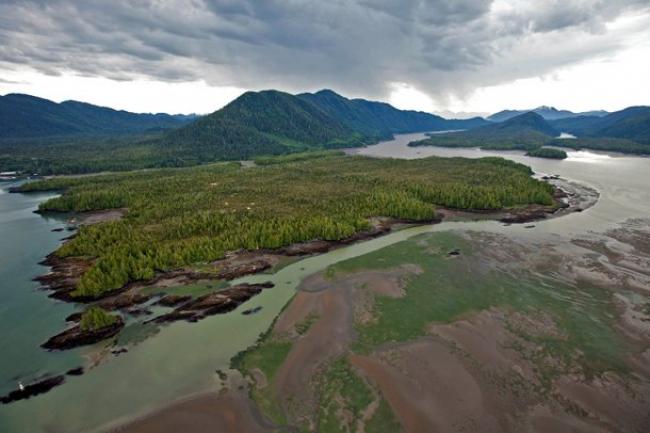 A unanimous decision of the Federal Court of Appeal has ruled that the National Energy Board erred in law by designating the proposed Prince Rupert Gas Transmission pipeline as under provincial jurisdiction.

The pipeline would start near Hudson Hope, B.C. and transport fracked natural gas collected from across western Canada to the Pacific NorthWest LNG project terminal on Lelu Island in the province’s northwest.

The matter of the pipeline’s jurisdiction has now been sent back to the NEB for further deliberation.

Under Canadian constitution law there are very clear guidelines and legal tests about what constitutes a provincial or federal pipeline.

Whenever a pipeline crosses international or provincial boundaries, it is deemed a federal project.

In 2013 Progress Energy, a subsidiary of Malaysian oil giant Petronas, selected TransCanada, a Calgary firm that operates federally regulated gas systems in Alberta, to design and build the gas pipeline in northern B.C.

But the pipeline has not been built because Pacific NorthWest LNG, owned by Petronas, has not yet made a final investment decision due to volatile global energy markets, First Nation challenges and other factors.

After the NEB classified the pipeline as a provincial project, Mike Sawyer, a retired environmental consultant living in Smithers, B.C., asked that the NEB explain and revisit its decision.

Sawyers argued that the pipeline fell under federal jurisdiction because it was an export line, and because it was fully operated and owned by TransCanada, a firm that exports oil and gas and is regulated by the NEB.

When the board dismissed Sawyer’s application twice — and his arguments were based on a recent Supreme Court decision about pipeline jurisdiction — Sawyer took his case to the courts.

The federal court decision not only agreed with many of Sawyer’s arguments but also strongly criticized the NEB for making a series of legal mistakes.

It noted that the pipeline would serve the purpose of moving gas from western Canada and be connected to a federally regulated gas pipelines and to an LNG facility.

As a consequence, the NEB “failed to consider that an enterprise can form part of federal undertaking and still be wholly situated within a province.”

The decision adds that there was “considerable evidence before the Board, none of which was in dispute, that the purpose of the [gas pipeline] was to move gas from the [Western Canadian Sedimentary Basin] for export to international markets. The Board looked at where the pipeline was, and did not ask what it did.”

“The NEB made a jurisdictional error,” said Sawyer. “It was done during the Harper years in 2015.”

Sawyer suspects that a political decision was made to declare the pipeline provincial so it would fall under weaker provincial environmental assessments.

“The LNG industry is now on its economic knees. This court decision may or may not have much of a significant effect. But it does provide a beneficial legal benchmark for other groups fighting bad government decisions,” Sawyer said.

A spokesperson for the NEB, Sarah Kiley, said, “We are still reviewing the Court decision. Once we have examined the decision, we will consider our next steps.”