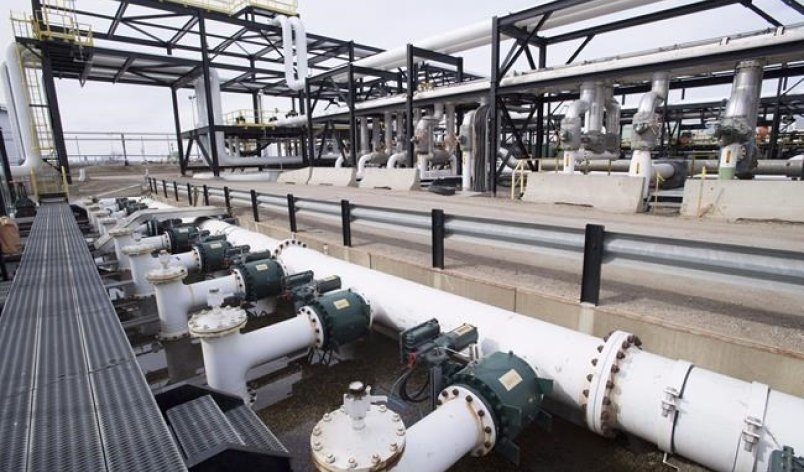 The B.C. government is seeking intervenor status in a legal challenge to stop the $7.4-billion Kinder Morgan pipeline expansion project.

It also says five of eight environmental management plans the company submitted as part of the province’s environmental certificate requirements have failed to meet the threshold for First Nations consultation.

“Until these consultations are completed in a way that meets B.C.’s legal obligations, work on this project cannot proceed,” Environment Minister George Heyman said.

Work on the pipeline was scheduled to begin next month.

The B.C. government has hired Thomas Berger as external counsel to represent the province in a judicial review of the National Energy Board’s process.

Attorney General David Eby said the province is working within its constitutional powers to challenge the pipeline.

“There are consitutional principles that outline the power of the B.C. government versus the powers of the federal government, with respect to provincial pipelines,” he said.

“In the B.C. Green caucus’s view, the National Energy Board process that led to this project’s approval was profoundly flawed,” Weaver said in a statement. “Numerous questions remain unanswered or were simply dismissed.

“To cite one example, the entire marine spill response was predicated on the existence of 20 hours of sunlight. There is no place south of Tuktoyaktuk that has that much sunlight on any day of the year.”

Weaver added that B.C.’s future is in the clean technology and value-added resource sectors, “not the sunset fossil fuel industry of the last century.”

The Trans Mountain pipeline expansion project would twin an existing pipeline along a 1,150-kilometre route from Alberta to Burnaby and increase the company’s tanker traffic sevenfold.