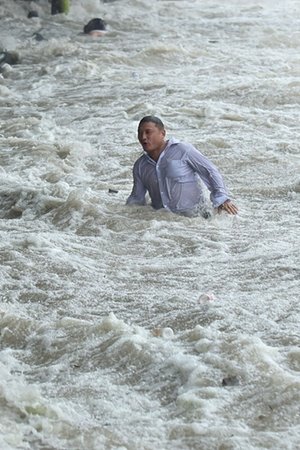 Mark Carney, the governor of the Bank of England, has warned that climate change will lead to financial crises and falling living standards unless the world’s leading countries do more to ensure that their companies come clean about their current and future carbon emissions.

In a speech to the insurance market Lloyd’s of London on Tuesday, Carney said insurers were heavily exposed to climate change risks and that time was running out to deal with global warming.

The governor said that proposals would probably be put to the G20 meeting in Turkey in November urging the world’s leading developed and developing countries to bring in tougher corporate disclosure standards so that investors could better judge climate change risks.

“The challenges currently posed by climate change pale in significance compared with what might come,” Carney said. “The far-sighted amongst you are anticipating broader global impacts on property, migration and political stability, as well as food and water security. So why isn’t more being done to address it?”

Carney added that there was a growing evidence of humans’ role in climate change, noting that since the 1980s the number of registered weather-related loss events had tripled. Inflation-adjusted losses for the insurance industry had increased five fold to $50bn (£33bn) a year.

France will host the latest global attempt to combat climate change at a summit in December, and Carney added to the pressure for action by pointing to the threats to “financial resilience and longer-term prosperity. While there is still time to act, the window of opportunity is finite and shrinking”.

The governor, who is chairman of the Financial Stability Board, the international body set up by the G20 in 2009 to monitor risks to the financial system, said losses would be higher than expected if recent weather events proved to be the new normal.

“Climate change is the tragedy of the horizon. We don’t need an army of actuaries to tell us that the catastrophic impacts of climate change will be felt beyond the traditional horizons of most actors – imposing a cost on future generations that the current generation has no direct incentive to fix.