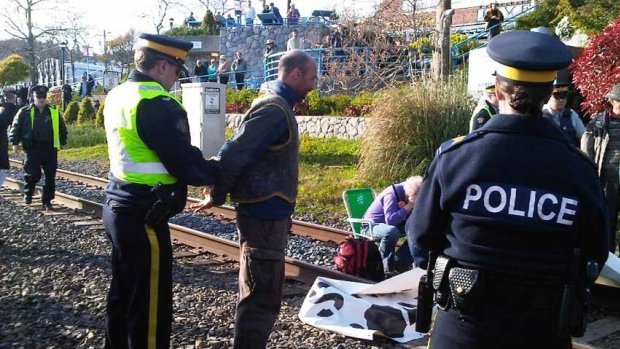 About a dozen protesters, including one of Canada’s leading energy-environment economists, were arrested Saturday after setting up a blockade on train tracks in White Rock, B.C., aimed at stopping U.S. coal trains from reaching local ports. Mark Jaccard, a professor of sustainable energy at Simon Fraser University and a Nobel Peace Prize winner, was arrested along with several others late Saturday evening following a day-long protest in the 15000 block of Marine Drive. “Thirteen protesters were arrested without incident and were respectful of the police and the process that was … a result of their actions,” said RCMP Sgt. Peter Thiessen.