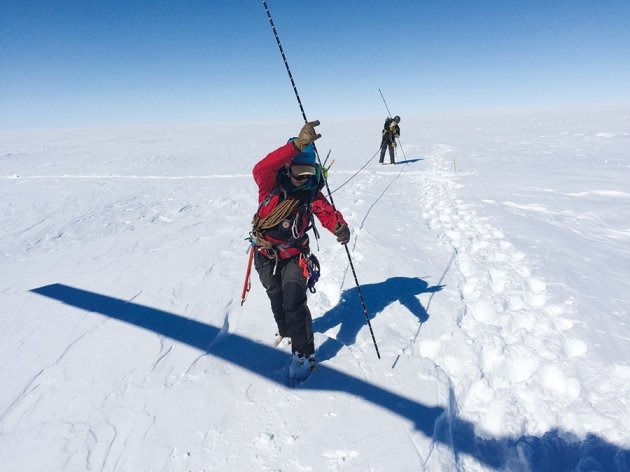 On a glorious January morning in 2015, the Australian icebreaker RSV Aurora Australis was losing a battle off the coast of East Antarctica. For days, the ship had been trying to push through heavy sea ice. It rammed into the pack, backed up and crashed forward again. But the ice, several metres thick, hardly budged. Stephen Rintoul, an oceanographer at the University of Tasmania in Hobart, Australia, nearly gave up his goal — to reach a part of the continent that had thwarted all previous expeditions. “I really thought that would be it,” he says. “It’d be another failed attempt.”

Then the weather came to the rescue, with a wind change that blew the ice away from the shore, opening a path through the pack. The ship managed to break free and wove its way through 100 kilometres of ice, reaching the edge of the frozen continent shortly after midnight. Rintoul and his team were the first scientists to reach the Totten Ice Shelf — a vast floating ice ledge that fronts the largest glacier in East Antarctica. “It was a really exhilarating experience,” says Rintoul, chief scientist of the expedition.

The team had to work fast before the ice closed again and blocked any escape. For more than 12 hours, Rintoul and his colleagues carried on non-stop, probing the temperature and salinity of the water, the speed and direction of ocean currents as well as the shape and depth of the ocean floor. They also deployed instruments that would continue taking measurements after the ship had departed.

These first direct observations confirmed a fear that researchers had long harboured: that warm waters from the surrounding ocean can sneak underneath the floating glacier tongue and eat the ice away from below1. “This could explain why Totten has been thinning in the past few decades,” says Rintoul.