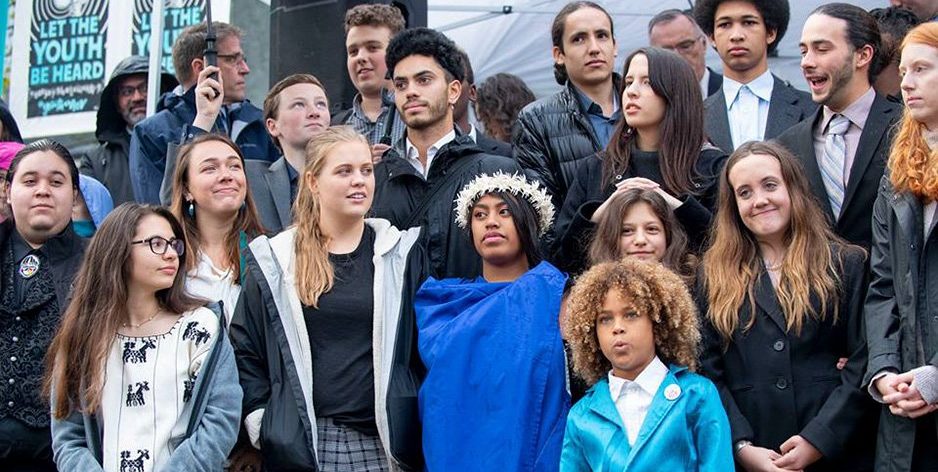 “All eyes of the world are on Juliana” – Tune in Tuesday

On Tuesday, June 4, at 2 p.m. Pacific Time, three judges of the Ninth Circuit will hear arguments by the Trump Administration seeking to stop the Juliana v. United States lawsuit brought by a group of young people claiming a constitutional right to “a climate system capable of sustaining human life” and asserting that the United States government is violating that right.

The Ninth Circuit will livestream the hearing. The Juliana plaintiffs have created a website to sign up for livestream info and to spread the word: www.youthvgov.org/alleyesonjuliana.  Watch parties are being organized around the country.  One large watch party in a park outside the Portland, Oregon federal courthouse is expected to host over 1,000 supporters of the young plaintiffs.

Our Children’s Trust, the organization coordinating the Juliana effort, is asking people to post support using the hashtag  #AllEyesOnJuliana “so that the government can see how many are watching as it tries to deny the rights of young people in court.”  The Ninth Circuit’s livestream channel provides direct video feeds in cases of high public interest.

For a history of the case and an explanation of the issues that will be argued during the hearing, check out this article in the Los Angeles Times and this article in E&E News.

A very short video introduction to the plaintiffs can be found here.