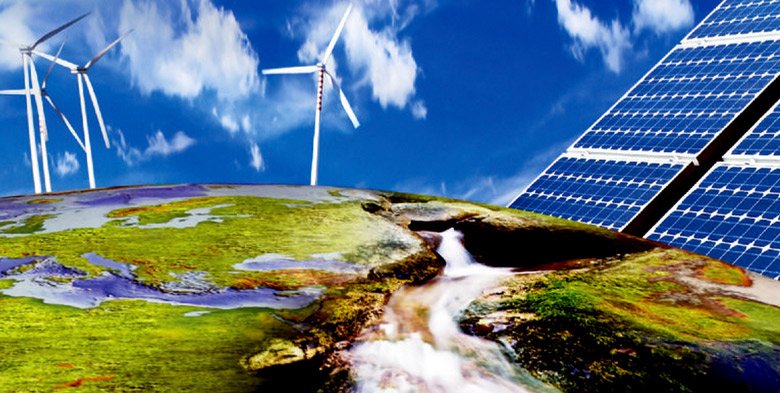 PNAS published a paper today by nuclear and fossil fuel supporters, which is replete with false information for the sole purpose of criticizing a 2015 paper colleagues and I published in the same journal on the potential for the U.S. grid to stay stable at low cost with 100 percent renewable wind, water and solar power. The journal also published our response to the paper.

The main arguments made by the authors, most of whom have a history of advocacy, employment, research or consulting in nuclear power, fossil fuels or carbon capture, are that:

1. we should have included nuclear power, fossil fuels with carbon capture (CCS) and biofuels as part of our mix because those technologies would lower costs;

2. it will be too hard to scale up several of the technologies we propose; and

The paper is dangerous because virtually every sentence in it is inaccurate, but most people don’t have time to check the facts. To that end, we include an additional line-by-line response to the paper.

Here are summaries of our main responses to the “Clack” paper:

1. To Clack’s claim that nuclear, fossils with carbon capture and biofuels reduce costs of decarbonization, the Intergovernmental Panel on Climate Change (IPCC) concludes the exact opposite (Section 7.8.2):

“Without support from governments, investments in new nuclear power plants are currently generally not economically attractive within liberalized markets, …”

” … there is virtually no history of nuclear construction under the economic and institutional circumstances that prevail throughout much of Europe and the United States.”

Next, an independent assessment of our 100 percent wind, water and solar plans versus nuclear and CCS options concludes:

“Neither fossil fuels with CCS or nuclear power enters the least-cost, low-carbon portfolio.”

Even Christopher Clack, CEO of Vibrant Clean Energy, doesn’t believe his own abstract. He tweeted: “Completely agree that CCS are too expensive currently …”

Clack claiming nuclear and carbon capture are inexpensive is based on outdated, minority studies that (a) underestimate their high costs; (b) ignore the 10-19 year lag time between planning and operation of a nuclear plant versus 2-5 years for a typical wind or solar farm; (c) ignore the cost of the 25 percent higher air pollution due to the 25 percent additional energy thus 25 percent more fossil fuel mining, transport and combustion needed to run carbon capture equipment; (d) ignore the climate cost of the 50 times higher carbon emissions of fossil fuels with carbon capture relative to wind per unit energy; and (e) ignore the “robust evidence” and “high agreement” by the IPCC of weapons proliferation, meltdown, mining and waste risks associated with nuclear power. They also ignore the air pollution, carbon emissions and land use issues associated with large-scale biofuels.

As part of their argument Clack further ignores more than a dozen other published studies that have examined high penetrations of renewables in the electric power sector without nuclear or carbon capture, as referenced here, falsely implying that ours is the only one.

2. To Clack’s claim that we propose technologies that can’t be scaled up, we disagree. Underground thermal energy storage in rocks is a well tested (in multiple locations) and established low-cost seasonal heat-storage technology that costs less than 1/300th that of batteries per unit energy stored. It is a form of district heating, which is already used worldwide (e.g., 60 percent of Denmark). Moreover, hot water storage or electric heat pumps can substitute for underground thermal energy storage.

Clack also criticizes our proposal to use some hydrogen, but hydrogen fuel cells already exist and the process of producing hydrogen from electricity was discovered in 1838. Its scale-up is much easier than for nuclear or CCS. With respect to aircraft, the space shuttle was propelled to space on hydrogen combustion, a 1,500-km-range, 4-seat hydrogen fuel cell plane already exists, several companies are now designing electric-only planes for up to 1,500 km, and we propose aircraft conversion only by 2035-2040.

Clack further questions whether industrial demand is subject to demand response, yet the National Academies of Sciences review states: “Demand response can be a lucrative enterprise for industrial customers.”

3. To Clack’s claim that we made modeling errors, this is absolutely false, as indicated in each specific published response. Most notably, Clack claims that we erred because our peak instantaneous hydropower load discharge rate exceeded our maximum possible annual-average discharge rate. But Clack is wrong because averages mathematically include values higher and lower than the average. Clack made other similar mathematical errors.

More importantly, it was made clear to Clack by email on Feb. 29, 2016, that turbines were assumed added to existing hydropower reservoirs to increase their peak instantaneous discharge rate without increasing their annual energy consumption or the number of dams, a solution not previously considered. It was also made clear that it was alternatively possible to increase the discharge rate of CSP, or concentrating solar power, rather than hydropower. Increasing hydropower’s peak instantaneous discharge rate was not a “modeling mistake” but an assumption.

Despite having full knowledge in writing, not only in 2016 but also weeks prior to the publication of their article, that this was an assumption, Clack and coauthors made the intentionally false claim in their paper that it was an error. The fact that Clack (twice) and all his coauthors (once) were informed in writing about a factual assumption, but intentionally mischaracterized it as a mistake, then further falsely pretended the numbers resulted in mathematical errors when they knew there were none, speaks to the integrity and motivation of the Clack et al. authors.

4. Clack falsely claims that the 3-D climate model, GATOR-GCMOM, that we used “has never been adequately evaluated,” despite it taking part in 11 published multi-model inter-comparisons and 20 published evaluations against wind, solar and other data. And, despite Zhang’s 2008 Atmospheric Physics and Chemistry Journal comprehensive review that concluded GATOR-GCMOM is “the first fully-coupled online model in the history that accounts for all major feedbacks among major atmospheric processes based on first principles” and hundreds of processes in it still not in any other model.

In sum, Clack’s analysis is riddled with intentional misinformation and has no impact on the conclusions of our 2015 grid integration study, namely that the U.S. grid can remain stable at low cost upon electrification of all energy sectors and provision of the electricity by 100 percent wind, water and solar power combined with low-cost electricity, heat, cold and hydrogen storage and demand response.

How much money can a solar roof save you? Find local deals on solar in your area, eliminate your power bill and join the solar revolution. UnderstandSolar is a great free service to link you to top-rated solar installers in your region that will provide you personalized solar estimates for free. Learn more here.